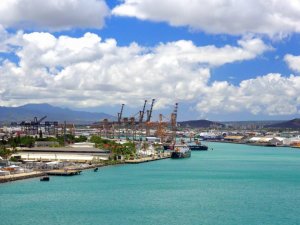 U.S. ocean carrier TOTE said its plans to enter the domestic Hawaiian trade have been derailed by the scope and timing of infrastructure upgrades that would be required to accommodate the new service.

TOTE had been earmarked access to Honolulu Piers 1 and 2 and exclusive use of the adjacent 45 acres starting in 2020, but the carrier has now put its plans on hold after a preliminary study of the site revealed that necessary infrastructure upgrades would prevent it from stating the service within the intended timeframe.

TOTE had been working with Philly Shipyard to construct four new containerships custom built for the trade, but said it will not renew the letter of intent (LOI) with the shipbuilder that expires on January 31, 2018.

TOTE said it remains open to a new plan and a timeline for access to a Honolulu deep water terminal that would allow it to commence service to Hawaii.

This news is a total 4621 time has been read
Tags: TOTE Places Hawaii Plans on Hold