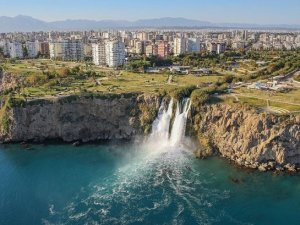 The deteriorating relations between Turkey and Russia could thaw out before summer, thanks to the Russians' love for Turkish holiday resorts, although some obstacles have to be overcome, according to experts.

Relations between Turkey and Russia have been severely damaged when two Turkish F-16 fighter jets on an aerial patrol shot down a Russian warplane late November.

The Kremlin reacted by banning the sale of charter holidays for Russians to Turkey.

“I believe, that there will be peace between Russia and Turkey, as Russia has no serious contradictions with the country,” Alexey Roshin, a leading expert on social psychology at Moscow-based Center for Political Technologies told Anadolu Agency.

Highlighting that the recent problems between the two countries escalated due to Russia’s participation in the civil war in Syria, Roshin said relations can start to normalize once again, as the country has started to withdraw its armies from the Middle Eastern country.

The Russian president said that he will withdraw about half of his forces from Syria while those at the Hmeimim airbase and Tartus port will remain. Russia’s S-400 fourth generation advanced air defense missiles stationed in the eastern Mediterranean Sea will also stay in place.

Roshin emphasized that middle-class Russians, in particular, have for many years chosen Turkey as their preferred holiday destination, but are deprived of holidaying in and around Antalya as before.

The “Turkish Riviera” around Antalya, the country’s major vacation hub, has been the favorite spot of Russian vacationers before the jet crisis with Russia started.

“The only serious impediment is our president, Mr. Putin’s position,” Roshin said, adding that the Russian leader could be hesitant in taking a positive step towards Turkey to mend relations due to the fear that he loses face.

"I hope he will be satisfied by the tiny symbolic concessions from Turkey. This ‘cold war’ must be cancelled as soon as possible,” Roshin said.

However, Nigyar Masumova, an expert at the Department of World Economy at Moscow State Institute of International Relations (MGIMO), stresses that relations will not be so easy to repair.

“As long as the Syrian crisis remains unresolved, the situation will not change,” Masumova said.

He asserted that Russians are currently availing of alternative holiday vacation destinations; in Europe, South Asia and Southeast Asia along with Russian regions in the Black Sea and the Caspian Sea.

Speaking to Russian media, Irina Turina, the spokeswoman for Russian Union of Tourism Industry, said that this development could be a “turning point” for Russian– Turkish relations.

“We hope this development could be the beginning for Russians to visit Turkey again,” she said.

This news is a total 5938 time has been read
Tags: Tourism could help normalize Russia-Turkey relations, Turkish, Maritime