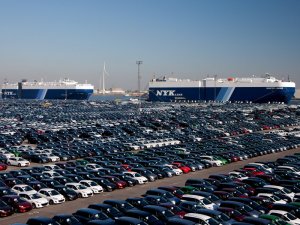 Japan's big three shipping lines are in negotiations with the country's leading yards for a massive car carrier order.

With an eye to making its supply chain to the US more green, automotive giant Toyota is keen to deploy a new series of LNG fuelled car carriers. Nippon Yusen Kaisha (NYK), Kawasaki Kisen Kaisha (K Line) and Mitsui OSK Lines (MOL) are all in the mix for this big contract, which will involve an order fır 20 ships, likely to be split three ways. Among the yards in negotiations for this ordering bonanza are Mitsubishi Heavy Industries, Imabari Shipbuilding, Japan Marine United and Kawasaki Heavy Industries.

Japanese yards and lines have historically led the way in eco developments for car carrier designs this century at the behest of key clients such as Toyota and Honda. Jointly owned by NYK and Norway's Wallenius Lines, United European Car Carriers, for instance, operates the only two LNG fuelled car carriers in the world, Auto Eco and Auto Energy.

This news is a total 1024 time has been read
Tags: Toyota pushes Japanese lines to order up to 20 LNG fuelled car carriers