Transmed bulker runs aground off Kaohsiung 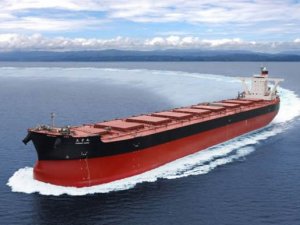 Bulk carrier Clia ran aground near Kaohsiung, Taiwan while it was transporting more than 80,000 tons of coal to Taiwan Power's Hsinta power plant late on Monday.

Greece's Transmed Shipping, owner of the vessel, tried to refloat the vessel with tugboats yesterday, however, the attempt failed.

Taiwan's Maritime Port Bureau has conducted an inspection on the stranded vessel and hasn't found any hull breach or oil leak. No casualties or injuries were reported in the incident.

Local maritime experts suggest that the salvage work needs to start as soon as possible as the vessel could face serious risk when the typhoon season comes.

According to a spokesperson at Taiwan Power, all relevant parties are working on the salvage plans.

This news is a total 890 time has been read
Tags: Transmed bulker runs aground off Kaohsiung