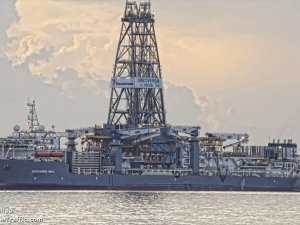 Offshore drilling contractor Transocean says it has received a notice for the early termination of the contract for its ultra-deepwater drillship Discoverer India.

Transocean announced Monday that its customer Reliance Industries Ltd. (Reliance) has elected to exercise its contractual option to terminate the contract for the drillship effective December 2016 prior to its expiration in January 2021. The company said that in accordance with the contract, Transocean will paid a lump-sum payment of approximately $160 million.

Discoverer India was built by DSME in South Korea and can operate in water depths up to 12,000 feet.

Also on Monday Transocean said it has been awarded a 15-month contract from Suncor Energy for the Transocean Barents, a harsh-environment, ultra-deepwater floater. The contract has a day rate of $260,000 and total value excluding mobilization, of $119 million. The rig is expected to commence operations offshore Canada in the third quarter of 2017.

This news is a total 7094 time has been read
Tags: Transocean: Contract for Ultra-Deepwater Drillship Discoverer India Terminated Early