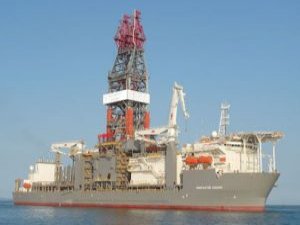 Transocean has walked away from two ultra deepwater drillships under construction at Samsung Heavy Industries (SHI) as Transocean seeks to save on a potential $1.1bn in future costs.

The two drillships are the Ocean Rig Santorini and the Ocean Rig Crete, which were originally ordered by Ocean Rig UDW Inc in 2013 and 2014, before Transocean acquired last year for a total of $1.43bn.

The drillships were scheduled to be delivered to Transocean in 2019 and 2020.

“Upon relinquishment of the drillships, Transocean’s indirect, wholly-owned subsidiaries will not make further payments to SHI under the construction contracts. The total estimated future costs associated with the delivery and placing the drillships into service would have been approximately $1.1bn, which includes future payments to SHI under the construction contracts and costs related to spares, materials and supplies, and to the commissioning and mobilisation of the rigs,” Transocean stated.

It added that the construction contracts are not guaranteed by Transocean or any of its affiliates, allowing Transocean to simply walk away from the contract.

SHI said Transocean did not give any reason for the cancellation, and the Korean shipbuilder will review the contract and take follow up measures if needed.

This news is a total 547 time has been read
Tags: Samsung Heavy Industries, Shuttle Tanker, drillship