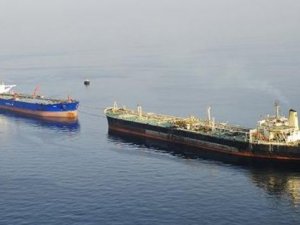 On Monday night, the White House reimposed sanctions on third-party trade with Iran that were lifted during the Obama administration.

In January 2016, the U.S. and its European allies eased banking and trade sanctions on Iran in exchange for a broad range of concessions, including the removal of 98 percent of Iran's nuclear material, limitations on equipment for enriching uranium, an IAEA nuclear monitoring regime and a ban on nuclear weapons R&D. With sanctions eased under this Joint Comprehensive Plan of Action (JCPOA), Iran increased its oil export volumes and welcomed new foreign investment.

The EU intends to maintain its participation in the JCPOA despite U.S. pressure, and European diplomats note that Iran has fully complied with the terms of the agreement. However, the Trump administration contends that Iran's continued investments in missile technology and its support for militant groups in the Middle East are destabilizing the region, even if these activities are not strictly related to the nuclear deal.

Many leading European firms - including Daimler, Renault, Total, Maersk Line, CMA CGM and Siemens - have already announced that they will wind down their Iranian business ties due to the U.S. sanctions regime. In Total's case, this meant abandoning a multi-billion-dollar offshore project at the world's largest natural gas field, just one month after awarding subcontracts for construction. "Total has always been clear that it cannot afford to be exposed to any secondary sanction, which might include the loss of financing in dollars by US banks for its worldwide operations," the company said in a statement. "In these circumstances, Total will not take any further commitment related to the SP11 project."

In May, all 28 EU nations backed a measure to counter American sanctions with a "blocking statute," which prohibits EU companies from complying and permits them to claim damages from "the person causing them." This means financial and legal risks for European companies, which now face a choice between complying with EU law or American sanctions. On Monday, EU diplomat Nathalie Tocci told BBC that "if EU companies abide by U.S. secondary sanctions they will, in turn, be sanctioned by the EU."

Meanwhile, the European Union intends to work with Iran to keep trade flowing and sustain the deal. "The remaining parties to the [agreement] have committed to work on . . . the preservation and maintenance of effective financial channels with Iran, and the continuation of Iran's export of oil and gas," the EU's foreign service said in a statement Monday.

Russia also condemned the reimposition of U.S. sanctions on Iran, "especially when they . . . affect the interests of third countries." The Russian foreign ministry asserted Tuesday that the JCPOA has proven its effectiveness and ensured that Iran's nuclear program remains focused on peaceful applications. "The international community must not allow such significant achievements of multilateral diplomacy to be sacrificed to American aspirations to [settle] political accounts with Iran . . . on issues that are not relevant to the JCPOA," the ministry wrote.

As a practical matter, analysts have suggested that Iran's oil exports could decline sharply due to the sanctions measures, tightening global supplies and raising prices. However, Tehran will still have at least one steady customer: China has announced its intention to sustain its high import volumes of Iranian oil despite the new sanctions.

This news is a total 473 time has been read
Tags: Trump Reinstates Sanctions on Iran