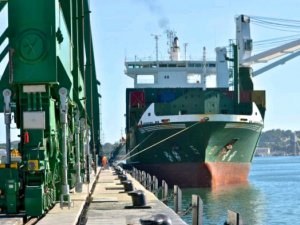 On Friday, U.S. President Donald Trump announced that he is "canceling" Obama administration policies that favor the renewal of economic ties with Cuba.

“We will not be silent in the face of communist oppression any longer," Trump said. He described the rapprochement with Havana as "terrible and misguided," a "completely one-sided deal."

The details of the change are not yet finalized, but the White House released an outline suggesting that American entities will no longer be permitted to enter into commercial transactions with Cuban military-owned businesses. According to some estimates, the Cuban military directly or indirectly handles about 70 percent of the nation's foreign trade.

In addition, the outline suggests that the administration will once again restrict American citizens to federally licensed, organized group travel. Two years ago, the Obama administration created an exception for "person to person" cultural exchanges that allowed Americans to self-declare compliance with Treasury regulations and travel to Cuba on their own. The White House suggests that it will roll back this policy, though the full extent of the reversal is not yet clear.

The U.S. Chamber of Commerce immediately protested the move, warning that it would “limit the possibility for positive change on the island and risk ceding growth opportunities to other countries." While the Chamber did not specify which countries might supplant American interests in Havana, China has made business headlines in Cuba over the past year, investing hundreds of millions in golf courses, power plants, factories and port facilities.

The Chamber was speaking for American business in general, but the measures may have an impact on maritime operators in particular. Among other effects, the ban on transactions with the Cuban military would appear to prohibit U.S. entities from doing business with the new Mariel Container Terminal near Havana. The terminal and the adjacent Mariel Special Economic Development Zone are owned by Almacenes Universales SA, a firm that would likely fall within the scope of the ban. Multiple American ports on the East and Gulf Coasts have signed letters of intent on developing trade ties with the terminal, and it is not yet clear whether these arrangements will be affected. White House officials suggested on Thursday that the policy changes are not intended to "disrupt existing transactions."

A re-implementation of travel restrictions could also affect the experience of American citizens who travel to Cuba aboard cruise ships. The Cuba market is seen as an untapped opportunity for the cruise industry: unlike airlines, cruise operators bring the hotel and restaraunt capacity for high-end tourism with them when they arrive in underdeveloped locations – a major advantage in Havana. Multiple major cruise lines have added Cuba to their itineraries over the past year.

However, cruise industry observers suggested that the impact of the policy change would likely be minimal. "Expectations are [for] cruise business as usual, once the media spotlight fades away," said Cruise Week editor Mike Driscoll, speaking to USA Today. Leading cruise operator Carnival Corporation said in a statement that it is "pleased that the policy changes announced by the Trump administration will allow our ships to continue to sail to Cuba."

John Kavulich, president of the U.S.-Cuba Trade and Economic Council, explained that the changes likely mean that "only group tours will be permitted for passengers on these vessels," and cruisers will not have the freedom to walk around Havana on their own. Other than this change on shore, cruise travel to Cuba is likely to continue much as before.

Kavulich added that the restrictions could turn out to be a net positive for cruise operators. With a ban on independent travel, Americans will not be able to fly into Havana and make their own itineraries – they will have to use group tours, which the cruise lines stand ready to provide.

This news is a total 1079 time has been read
Tags: Trump Renews Restrictions on Trade With Cuba