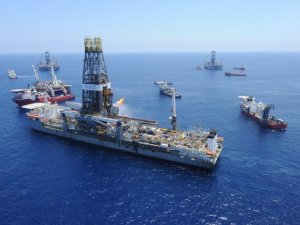 After the 2010 Gulf oil spill, the Obama administration broke the scandal-plagued federal agency that policed offshore drilling into separate bureaus.Now the Trump administration is considering putting it back together again.

The change, described by Interior Department officials and lobbyists familiar with the deliberations, would combine two agencies: one that enforces regulations on offshore drilling safety and another in charge of leasing offshore tracts. Keeping those roles separate was a key recommendation of a presidential commission that investigated the Deepwater Horizon blast that killed 11 men and sent oil gushing into the Gulf of Mexico for months.

Merging the bureaus could send a signal that Interior is easing off on enforcement, right as President Donald Trump expands areas available for offshore oil drilling, according to Bob Graham, a former Florida senator who led the commission.

“I have heard no indication of why we’re doing this,” Graham said in an interview. “It’s just seven years after this enormous disaster — and this was one of the key steps in at least mitigating the chances of a repetition.”

Officials are still weighing the reorganization, according to the people, who declined to be identified discussing internal deliberations. Interior Department spokesmen didn’t respond to requests to comment on the possible change.

For decades before the BP Plc oil spill, federal regulation of offshore energy development was handled by a single agency within the Department of Interior: the Minerals Management Service. Its biggest claim to fame was a wide-ranging ethics scandal during the administration of President George W. Bush that involved cocaine use, sexual misconduct and financial self-dealing by a handful of employees, which was documented in multiple probes.

The episode highlighted an uncomfortably cozy relationship between the oil and gas industry drilling offshore and the federal regulators who were supposed to keep a watch over them. Two years later, when BP’s failed Macondo well blew out in the Gulf of Mexico, those concerns erupted anew.

Within weeks, with oil still gushing into the Gulf, the administration of President Barack Obama announced it was shuttering the MMS and carving it up into three agencies. Besides the leasing and enforcement bureaus, a third office would act as a piggy bank, collecting billions of dollars annually in royalties, rental payments and bonus bids tied to offshore energy development.

That last agency, the Office of Natural Resources Revenue, would be untouched by the organizational plans now under consideration by Interior Secretary Ryan Zinke. The two agencies that would be combined are the Bureau of Safety and Environmental Enforcement and the leasing-focused Bureau of Ocean Energy Management.

Zinke has said he’s looking at reorganizing the entire Interior Department with an eye on empowering regional officials and improving collaboration across its agencies. That could involve creating regional hubs to coordinate Interior agencies with overlapping roles and missions that are at cross purposes.

The effort could allow energy companies to get quicker project approvals or, at least, a clear pathway to them.

“We are looking at reorganizing in maybe more of a joint model so industry and citizens when they want to do a project can have — I don’t want to say certainty, but at least a path of how to get there,” Zinke said at the Offshore Technology Conference last month. “You can know sooner in the process whether yes or no is appropriate and what is that investment you have to make.”

Scott Angelle, the newly appointed head of the safety bureau, told reporters last week that he has not been told the two agencies will merge, but “everything is on the table” as part of the department-wide reorganization.

The inherent conflict within the Minerals Management Service was written on the walls of the former agency — literally. Donald Boesch, a marine scientist who served on the presidential spill commission, remembers a fact-finding mission to meet with environmental analysts and safety inspectors at a former MMS office in Louisiana. On the conference room wall, a huge chart illustrated the growth in revenue the agency had gleaned from offshore oil development. Other graphs showed increasing oil and gas produced offshore.

“The metrics they had to deal with on a daily basis were all oriented toward expanding that activity and increasing production as fast as they could,” said Boesch, now president of the University of Maryland Center for Environmental Science. “That symbolically indicated that there was a strong conflict of interest in how this organization is run.”

“Our coastal communities — and even the oil industry — can’t afford a return to the bad old days of the safety cop and the leasing agent being the same person,” Markey said in an e-mailed statement.

The since-divided bureaus have developed their own identities and missions. Environmental analysis has increased at the ocean energy bureau, while the safety agency expanded its oversight beyond oil and gas companies by penalizing offshore contractors for infractions.

After the creation of the two bureaus, there was confusion about which agency was in charge of which task. Oil companies didn’t know where to file permit applications and where to file proposed exploration plans.

“We’ve found on the industry side that there’s still some confusion of who does what,” said Randall Luthi, a former MMS director who now leads the National Ocean Industries Association. And the longer the bureaus stay apart, the more stove-piped they become, he said. “If you’re going to do it, now is probably a good time.”

Still, the reorganization is such a major effort that it could take time away from other priorities, including rewriting Obama-era regulations governing offshore drilling, Luthi said.

This news is a total 915 time has been read
Tags: Trump Said to Mull Combining Agencies Separated After Gulf Oil Spill