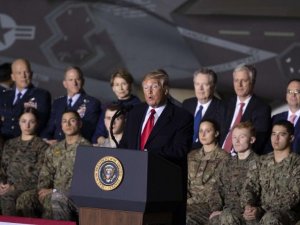 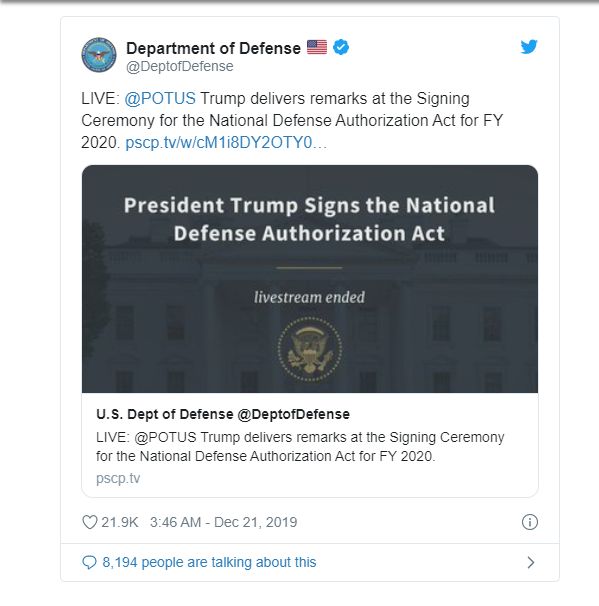 The National Defence Authorization Act (NDAA), which was approved by the U.S. Congress this week, includes measures blocking Turkey from obtaining F-35 stealth fighters and suspending Turkey’s participation to the programme to build F-35 jets.

Trump announced earlier that he would sign the spending bills on Friday, the deadline to approve the budget bills or face having the government run out of authorised money to operate. 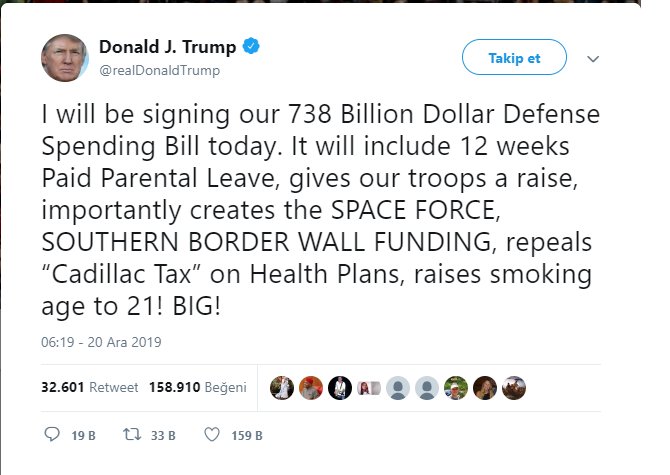 The United States had removed Turkey from the F-35 programme after Turkey accepted delivery for Russian-made S-400 air defence systems in July. Citing incompatibility and security issues, the United States halted delivery of the F-35s that had already been manufactured for Turkey and put the remaining 100 on hold.

There is still a risk for Turkey to face more severe measures due to the S-400 acquisition under the Countering America's Adversaries Through Sanctions Act (CAATSA) which targets entities doing business with Russia. The bill says:

“The President should implement the Countering Russian Influence in Europe and Eurasia Act of 2017 (Public Law 115–44; 131 Stat. 886) by imposing and applying sanctions under section 235 of that Act (22 U.S.C. 9529) with respect to any individual or entity determined to have engaged in such significant transaction as if such person were a sanctioned person for purposes of such section."

The bill also approves sanctions on companies and governments working on the controversial TurkStream pipeline project, which will carry Russian natural gas to Turkey and on to Europe, though sanctions would be ineffectual since the pipeline is set to launch in January.

In addition, the NDAA foresees lifting an arms embargo against the Greek-Cypriot controlled Republic of Cyprus. The Mediterranean island has been divided since 1974, when Turkey invaded the northern third in response to a Greek Cypriot coup backed by Greece. Turkey keeps more than 30,000 troops there and deployed armed drones to the island this week.

The Turkish Foreign Ministry in a statement on Tuesday said the bill disrespected Turkey’s sovereign decisions, calling the country’s removal from the F-35 program unfair, and that Turkey would not be dissuaded by “a language of threats and sanctions.”

“Of course, we will have our own sanctions against all these,” the president said. “I mean, we are not a nation that will stand idly by with its hands tied.”

Turkish Foreign Minister Mevlüt Çavuşoğlu said earlier this month that Turkey might consider taking action over two airbases in the country if the United States went ahead with threatened sanctions. The United States has an agreement to use Turkish-controlled İncirlik airbase in the southeastern province of Adana used as a depot for U.S. tactical nuclear weapons and Kürecik airbase in the central province of Malatya that hosts NATO’s early-warning radar systems against ballistic missile attacks. 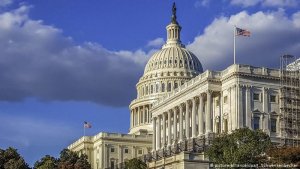 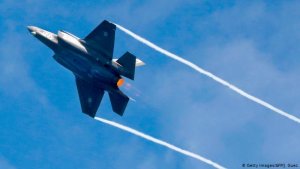 This news is a total 619 time has been read
Tags: Russian S-400 missile systems, sanctions on Turkey