Trump: Tariffs on All Chinese Goods "Ready to Go" 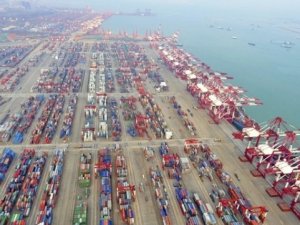 On Friday, President Donald Trump announced the possibility that he will impose tariffs on all remaining Chinese-made products imported into the United States.

Trump continued, saying that "behind that there is another $267 billion [list] ready to go on short notice if I want." China exported about $505 billion in goods to the United States last year, suggesting that the combined tariff list would cover virtually all Chinese-made goods.

The National Association of Retailers immediately announced its opposition to the possibility of new tariffs. "Tariffs of this scope would mean higher prices on virtually everything sold in U.S. stores and fewer American jobs," the association warned.

The Dow, the S&P 500 and the Nasdaq Composite fell slightly after the news, despite strong U.S. job numbers announced earlier on Friday.

The Trump administration recently reached a deal with the government of Mexico on renegotiating the North American Free Trade Agreement, and it continues its talks with Canada towards the same goal. President Trump also expects to meet with leaders in Europe next week to discuss cross-Atlantic trade tensions.

This news is a total 3642 time has been read
Tags: Trump: Tariffs on All Chinese Goods "Ready to Go"