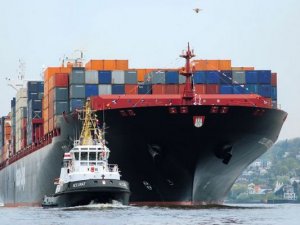 According to member lines of the Transpacific Stabilization Agreement (TSA), the scheduled action reflects the trade’s recovery from congestion challenges earlier in the year; a strengthening market heading into what is typically the trade’s peak season; and an urgent need to halt damaging rate erosion.

Effective October 1, member carriers in TSA’s Westbound section will be seeking to establish new target rates in all dry commodity segments that TSA described as modest increases in most cases, with higher proportionate increases for the most depressed rates. TSA-Westbound lines say they expect to follow with similar, gradual increases in November and December.

“U.S.-Asia freight rates have fallen to historically low levels since the beginning of 2015 due to a strong dollar and unusually weak emerging market demand,” said TSA-Westbound executive administrator Brian Conrad.

“Current westbound rate levels in many cases do not fully cover costs. At best, they make only a nominal contribution to a round-trip sailing, and barely compete for space aboard ship with empty repositioned containers needed in Asia. Worse, at a time when westbound equipment is already in short supply, depressed rates encourage migration of containers to other trades.”

Industry analyst Alphaliner predicted the move as World Maritime News reported earlier, saying that although carriers would attempt another rates hike in September, any success would likely be short-lived as demand is expected to fall sharply in October, when China’s week-long National Day ‘Golden Week’ holidays will mark the end of the summer peak season.

This news is a total 5177 time has been read
Tags: freight rates, Transpacific Stabilization Agreement, TSA.