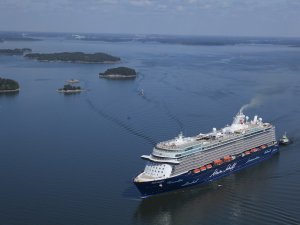 Delivery of the Mein Schiff 7 is scheduled for 2023.

TUI Cruises says the order due to due to increasing demand in the cruise market.

“The future investment underscores TUI Group’s strategy,” the company said in a statement. “The cruise business is one of the key elements of the growth roadmap pursued by the globally operating TUI Group. The Group continues to invest in its cruise portfolio and expands, modernises and rejuvenates the fleet. The planned measures will help TUI to accelerate the expansion of this growth segment.”

In 2019, the new Mein Schiff 2 will be added to the TUI Cruises fleet, replacing the current Mein Schiff 2. In addition, Hapag-Lloyd Cruises will expand its fleet next year. In spring and autumn 2019, it will launch the two luxury expedition vessels Hanseatic nature and Hanseatic inspiration.

This news is a total 541 time has been read
Tags: TUI Cruises Orders New Ship at Meyer Turku