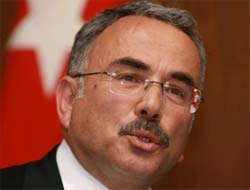 Turkey launched oil and gas exploration in the Gulf of Saros in the Aegean Sea, which it shares with Greece, Energy Minister Hilmi Guler said.

Turkey launched oil and gas exploration in the Gulf of Saros in the Aegean Sea, which it shares with Greece, Energy Minister Hilmi Guler said.

Turkey's state oil firm TPAO also announced it would start oil exploration with Brazil's Petrobras in the Black Sea next year, rather than 2011 as had been planned previously. "We started drilling work in the Gulf of Saros in the Aegean and this is important for the works we have been carrying out recently. A good spot was detected," Guler said. Turkey and Greece have a territorial dispute over parts of the Aegean and more than 20 years ago they almost went to war over oil exploration.

However, Athens indicated yesterday that this time the Turkish work would not provoke a dispute. "The exploration is taking place completely in Turkish waters. As such there is no need for Greece to comment on the situation," said a Greek foreign ministry official.

Greece has a territorial limit of six miles around its 2,000 or so Aegean islands, but maintains it has the right to extend this to 12 miles. Turkey has said such an extension would be a cause for war.

In March 1987, then Greek Prime Minister Andreas Papandreou ordered warships to sink a Turkish exploration vessel if it went ahead with plans to enter Greek waters to conduct an oil survey.

Relations between Athens and Ankara have greatly improved in recent years. Last month current Greek Prime Minister Costas Karamanlis made the first visit to Turkey by a Greek premier in nearly half a century.

TPAO's general director Mehmet Uysal said the area where the oil and gas exploration was carried out was within six miles of the Turkish coast. Uysal said TPAO would also start oil exploration in the Black Sea with Brazil's Petrobras next year. "The seismic surveys near Sinop (on Turkey's Black Sea coast) with Brazil's Petrobras were completed last year. We will open the first well two years earlier than 2011," Uysal said.

TPAO will invest at least $826m for oil and gas exploration in Turkey and abroad this year, he said. Turkey will spend an estimated $500bn for oil and gas imports in the next 10 years, Uysal said. He also said TPAO would complete seismic surveys in the Mediterranean within the next one and half years and would work jointly with foreign firms.

This news is a total 4295 time has been read