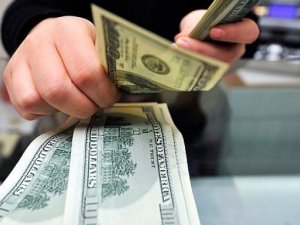 The Central Bank of Turkey to supply forex demands of importing energy state companies after Turkish lira lost 3 pct. against US dollar and euro.

After the U.S. dollar reached a historic high against the Turkish lira, the Central Bank of Turkey intervened rapidly -- at 1205GMT -- assuring foreign exchange demands of importing energy state companies would be directly supplied by the Bank on Tuesday.

As markets braced for first rate hikes from the U.S. Fed, the negative sentiment from the sharp decline in Russian Ruble pushed the value of Turkish lira against the U.S. dollar to its historic low.

The growing anticipation that the Fed will hike interest rates sooner than expected, because of a strengthening economy, drove currencies of emerging markets, including the Turkish lira, to low levels.

The rate hikes are a matter of concern for all emerging economies since it is expected to cause a profound capital outflow from those markets and challenge Turkey, where private and public sector short term debt currently stands at $130.7 billion

Moreover, the unstoppable slide of the Russian ruble against the U.S. dollar, despite a sharp rate increase by the Russian Central Bank, drove emerging markets’ currencies, including the Turkish lira, to fresh lows.

The Turkish lira started the day at 2.3429 per dollar and rose to 2.4126 at 1200GMT -- almost 3 percent as panic stemmed by the slide of the Russian ruble spread in emerging markets, despite the 650-base point rate hike from the Russian Central Bank.

Following this announcement of the Central Bank, the lira per dollar rate eased off to 2.3569 at 1420GMT while the lira per euro rate declined to 2.9554.

This news is a total 1465 time has been read
Tags: Turkish lira, Cenrtal Bank of Turkey, markets