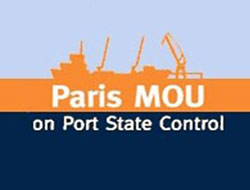 A ?hard core? of flag States remain on the ?Black List?. Most of the flags that were considered ?very high risk? in 2007 have retained this ranking. The poorest performing flags are still Democratic People"s Republic of Korea, Bolivia and Albania. New on the ?Black List? are Libya, Moldova and Dominica. Flags with an average performance are shown on the ?Grey List?.

Their appearance on this list may act as an incentive to improve and move to the ?White List?. At the same time flags at the lower end of the ?Grey List? should be careful not to neglect control over their ships and risk ending up on the ?Black List? next year.

Lithuania, Turkey and Japan moved up from ?Grey? to ?White?. Iran and the United States moved down from ?White? to ?Grey?.

The ?White List? represents quality flags with a consistently low detention record. Bermuda (UK), France, and the United Kingdom are placed highest in terms of performance. A flag"s ranking is taken into account when targeting ships for inspection and ships flying flags listed on the ?Black list? are liable for banning from the region after multiple detentions.

The Paris MoU also agreed on the performance listing of Recognized Organizations (ROs). These organizations have been delegated with statutory responsibilities by flag States. This table uses the same method of calculation as the flag State table but counts only those detentions, which the Paris MoU considers to be directly related to a statutory survey carried out by the recognized organization.

Register of Shipping (Albania), Korea Classification Society (Korea, DPR), Bulgarski Koraben Registar and International Register of Shipping (USA) have shown very low performance. More information can be found in the 2008 Annual Report, which will be released in July 2009. 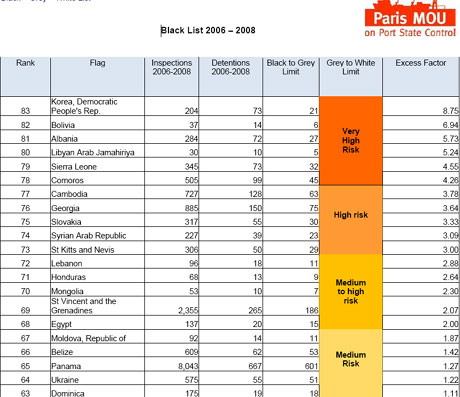 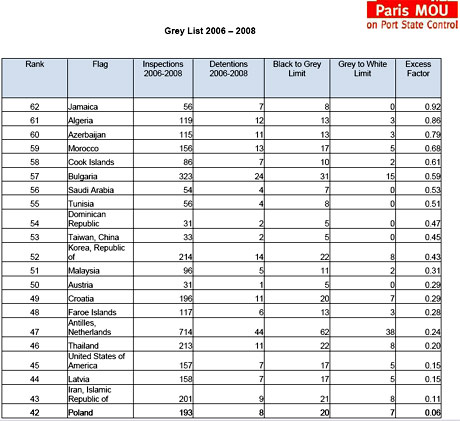 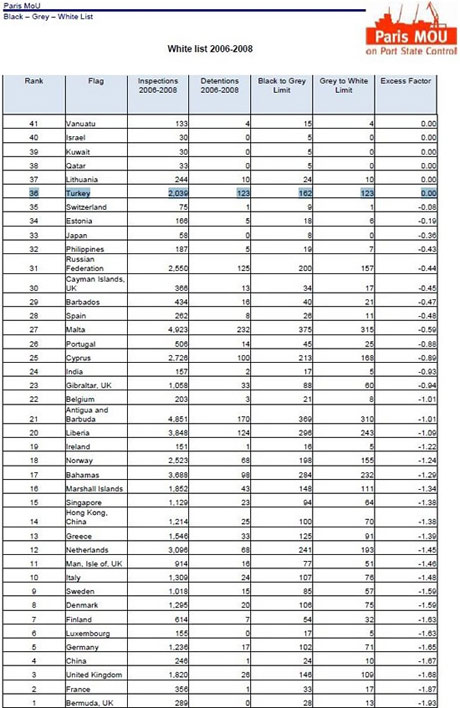 This news is a total 2549 time has been read