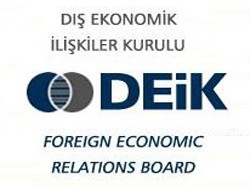 A press release issue by DEIK said issues of commerce, mutual investments and possibilities of cooperation would be discussed during the forum where Turkish businessmen would get together with Qatari businessmen.

As of 2007 the total value of ongoing and planned projects by Turkish companies in Qatar amounts to 147 billion USD while Turkish construction companies had a business volume of 2 billion USD in Qatar, said the press release.

Turkish companies want to take part in 75 billion USD of planned investments in energy and industry sectors in Qatar between 2008-2012.

This news is a total 907 time has been read