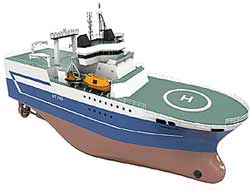 The Greek Cypriots will announce the names of companies attending the tender for oil and natural gas exploration in Mediterranean today. As a counter attack Ankara prepares for certification of the TPAO.

Turkey searches for seismic marines against the Greek Cypriots

The competition between Turkey and Greek Cypriots for exploration off the Mediterranean continues. While Greek Cypriots prepare to announce the names of companies attending the tender for oil and natural gas exploration today, Turkey's council of ministers will give a certification to the Turkish Petroleum Corporation (TPAO) as a counter move.  To open a tender of exploration in four areas in the Mediterranean, the TPAO has already started to search for names of marine seismic investigation firms, learned the Turkish Daily News.

The TPAO will open the tender in two or three months, at which point international companies may apply.

“This might take two or three months according to Turkish Petrolium law,” said Ahmet Faruk Öner, director of exploration, the TPAO adding that they already started initial searches for marine seismic investigation companies.

Turkey only has one seismic marine, belonging to the 9 Eylul University in ?zmir.

The first move came from Greek Cyprus in March when they announced a tender for oil and natural gas exploration after making bilateral agreements with Egypt and Lebanon. In a counter-move, Turkey authorized the TPAO to explore.

Greek Cyprus will announce the names of companies who attended the tender today. The number of companies will demonstrate Turkey's power in deterring firms from further efforts in the oil search off the Mediterranean.

“They might act in line with their political end and, most probably Hellenic petroleum would take the task and they will be left alone,” said the reputable source.

The risk of conflict in the Mediterranean

Ankara sees the Greek Cypriots' efforts as an attempt to legalize the natural resources of the island for use only by the southern part.

As an expert on sea law and as a chief negotiator in talks about the unification of Cyprus, the Nationalist Movement Party (MHP) Deputy Deniz Bölükba?? stressed the role of the European Union in the Mediterranean.

“There is not an exclusive economic zone in the Mediterranean and a single country cannot declare this by itself since it is a semi-closed sea,” said Bölükba??.

An expert on international law and the Republican People's Party (CHP) Deputy  Prof. Hüseyin Pazarc? told the TDN that the conflict between Turkey and Greek Cyprus might cause a problem for the entire region.

“In the southeast Mediterranean, there is Israel-- but the Gaza Strip belongs to the Palestinians. This is already a source of conflict. That's why Israel does not want to interfere in the problem,” said Pazarc? insisting that the economic zone in the Mediterranean should be determined by the attendance of all countries in the region.

Adding that the conflict might not lead to a war between Turkey and Greek Cypriots, Pazarc? referenced a similar conflict between Malta and Libya. An expert on oil exploration pointed that the crisis would not cause a war but might result in battle of mutual prevention by the two sides.

“Italy became an intervener to the case in the International Court of Justice (ICJ),” added Pazarc?.

In 1985, in the Libya/Malta Continental Shelf case, the ICJ solved the problem by examining the "proportionality" of the length of the coastlines of the two countries and the "equitableness of the result” and adjusting the terms accordingly.

This news is a total 555 time has been read