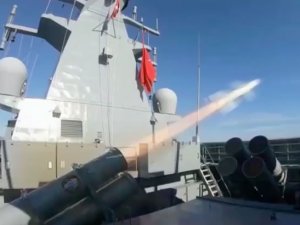 The ATMACA anti-ship missile was successfully test fired from an Ada-class corvette, according to a brief statement and a video released by Turkey’s Defense Industries Presidency (SSB).

As we reported at the time, Naval News learned during DSEI 2019 from Roketsan that the missile would be test-fire from the fourth Ada-class corvette of the Turkish Navy (Türk Deniz Kuvvetleri), TCG Kınalıada, in November 2019.

Atmaca was unveiled for the first time by Turkish missile systems company Roketsan during IDEF 2019 defense exhibition in Istanbul. According to our colleagues at turkishnavy.net, its development started about 10 years ago, with Undersecreteriat For Defence industries (UDI) signing a contract for the R&D phase with Roketsan as main contractor, in 2009. Live firing of Atmaca started from 2016.

The serial production contract of Atmaca anti-ship missile was signed between the Presidency of Defence Industries (SSB) and Roketsan on November 2nd, 2018.

According to Roketsan, Atmaca is a subsonic, sea-skimming anti-ship missile with a range of over 220km featuring a 250kg-class high explosive fragmentation warhead. It features high resistance to countermeasures, all-weather capability, a target updating/mission termination facility and a comprehensive mission planning system with 3D routing. The missile is effective against sea targets in open or coastal waters, as well as against shore-based targets.

Atmaca is set to become the Anti-Surface Warfare (ASuW) weapon of choice aboard Turkish Navy modern surface combatants: It will be fitted aboard the Ada-class corvettes, the future Istanbul-class frigates and the future TF2000-class anti-air warfare destroyers. 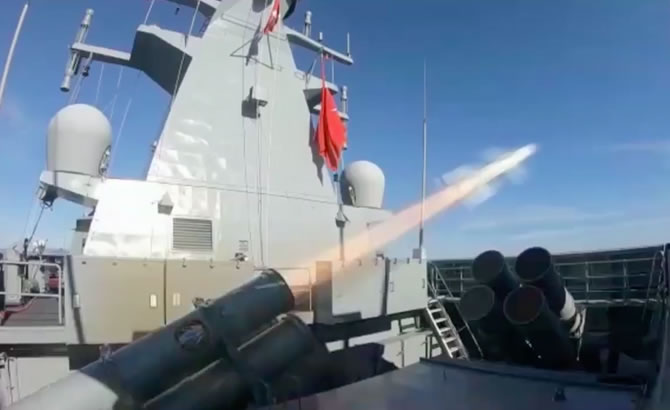