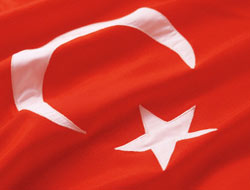 Turkish government has expressed its readiness to help neighbor Iraq on its natural gas exports to Europe.

Turkish government has expressed its readiness to help neighbor Iraq on its natural gas exports to Europe.

Speaking to newsmen here Turkish Energy and Natural Resources Minister Hilmi Guler said Iraqi natural gas with an estimated reserve of 280 billion cubic meters is planned to be exported to Europe via Turkey.

He said, Turkey and the United States would develop joint projects to extract oil from Iraqi fields and said Turkish Petroleum Corporation has an excellent knowledge of the geology of Iraq.

Turkey, United States and Iraq agreed to boost cooperation in energy and energy security during a meeting held in the largest Turkish city of Istanbul in March 2007. The U.S. will cooperate with Turkey to facilitate investment, said Guler, adding that Britain may be a third partner in oil development activities in Iraq and other country may be added to the partnership.

Turkey and the U.S. will send working teams into Iraq in the days ahead, Guler said.

This news is a total 1258 time has been read