Turkey to Start Drilling on Block of Danube 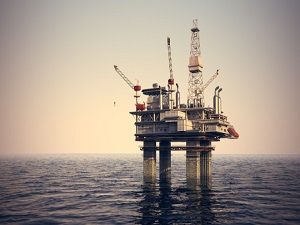 Turkey will begin drilling in Black Sea in the upcoming days. Drill, which will be operated on Block of Danube, has been planning to conducted in the crossroads between Bulgarian and Romanian maritime borders with inland waters of Turkey.

Turkey begins drilling on Block of Danube where Romania and Bulgaria have also drilled oil and gas in the West Black Sea. Drilling will begin in the vicinity of crossroads between Bulgarian and Romanian maritime zone with Turkey. Romania has been drilling oil and gas from Block of Danube that contains 'pressure - based' oil and gas reservoir, which has been derived from centenary Delta of Danube, for many years.

Resource has been Found

Bulgaria has also accelerated its activities in Danube that meet almost all its revenue from gas. Turkey found resource on Block of Danube that includes only a small section of Turkish inland waters. Turkey will begin drilling in the upcoming period on Block of Danube, where the Barbaros Seismic Exploration Vessel found resources on it many years ago.

It will Begin on Block of Danube

Site survey begins in the drilling field of Türkiye Petrolleri (TP). An operation requested from Oruç Reis Seismic Exploration Vessel, which has been continued to its seismic exploration off İğneada. TP chose to charter a ship from a foreign country for site survey, on the grounds of lack of equipments in Oruç Reis. Following the site survey, drilling will begin on Block of Danube.

Turkey focus its attention on exploring for gas and drilling operations in the East Mediterranean, amid increasing attempts by Greece and Greek Cypriot Administration of Southern Cyprus’ with fait accompli. Barbaros Seismic Exploration Vessel is still exploring for gas off Güzelyurt.

Naval Forces Command accompany Barbaros, which has been escorted by Greece, by 2 frigates and 2 assault boats. Fatih Drilling Ship also drills the Alanya I Well.

Even though there are some difficulties with drilling in the Black Sea, it is an easier field for Turkey to reach energy resources. Turkey already has maritime zone agreements with other countries, which have coastal zone in Black Sea.

Deepsea Metro I, which the TP company completed the purchasing transactions with it, will drill in the Black sea. Deepsea Metro I (the former name of the ship Fatih) is also the sister ship of Turkey’s Deepsea Metro II.

Deepsea Metro I that has the similar technical features with Fatih, is capable to dig 2 offshore well per year. Deepsea Metro I, which was purchased for $265.2 million; will drill for very first time after several essential tests.

Reservoir is as Substantial as in Caspian

Turkey begins to its explorations for oil and gas with the Black Sea, and expanded through the Mediterranean. Offshore wells, which were found by the datas of Barbaros Seismic Exploration Vessel, were drilled.

One of the joint drilling operations that conducted by TP and Shell, was in a field around South Danube. Shell is still liable for drilling one more offshore well and complete the drilling operations, under commitments for TP. Black Sea seems to be a substantial inland sea in terms of its oil and gas reservoir. Authorities reported that there is a reservoir in the Black Sea as substantial as in Caspian.