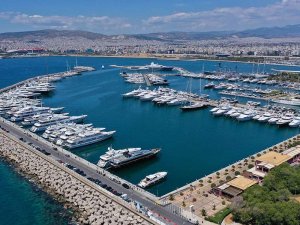 Lamda used its right of first refusal to buy the stake in Flisvos under a consortium agreement with Doğuş, Kathimerini said. The Greek company will become the sole owner of the marina, located 6 km from central Athens, after the transfer of the shares, which will take place in the first quarter, it said. Flisvos has a mooring capacity of more than 300 yachts.

Doğuş, one of Turkey’s biggest companies, is selling off non-core assets after a currency crisis that erupted in the summer of 2018 made its foreign currency debts more costly to repay, causing it to enter debt restructuring negotiations with banks.

Doğuş also owns stakes in Zea Marina in Piraeus, Gouvies Marina on the island of Corfu and Lefkas Marina on Lefkada, Kathimerini said.

The Turkish company sold its marinas in Croatia this month to CVC Capital Partners, Total Croatia News reported last week. The three Croatian facilities were named as Borik, Dalmatia and Mandalina. The web site did not mention a figure for the transactions.

This news is a total 456 time has been read
Tags: Lamda buys out Dogus’ holding at Flisvos Marina Report: Iran to Acquire 158 New ShipsThe Iranian government has unveiled a massive newbuilding program in an effort to modernize the country’s fleet. MISC Reports Revenue Rise due to More LNG Carriers in OperationMISC Group, a Malaysia-based provider of energy-related maritime solutions and services, wrapped up 2019 with both profit and revenue increases. Sudan Agrees to Compensate Families of USS Cole VictimsSudan has agreed to compensate the families of sailors killed in an al Qaeda attack on the USS Cole warship 20 years ago, state news agency SUNA said on Thursday, part of government efforts to remove the country from a list of state sponsors of terrorism. Coconut Charcoal the Likely Cause of Yantian Express FireCoconut charcoal has been identified as the likely cause of last year’s fire on board the containership Yantian Express, according to a report published by Germany’s Federal Bureau of Maritime Casualty Investigation (BSU).