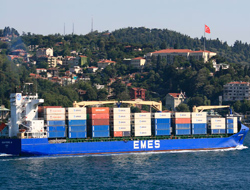 An October 2008 report issued by Dynamar B.V., an international maritime research company, reports that Arkas" shipping company EMES notched up to 36th place in one year among the largest container lines in the world according to the most prestigious ranking in the industry.

EMES, which transports goods between Mediterranean and Black Sea ports, ranked 46th in 2007 at 193,283 TEU with 2,225 port calls. EMES founded EMES International in order to separate the feeder services from its liner services with the goal of creating a network that could provide a more effective response to increasing business volume and demand. In January in 2008, EMES International began operations in Genoa and took over feeder transportation. In keeping with this, EMES expanded the size of its fleet, increasing its liner capacity to 222,803 TEU with 1,755 port calls and increasing its feeder shipments to 194,552 TEU with 1,051 port calls. EMES has set a goal of reaching a total of 500,000 TEU with 33 vessels by the end of 2008 in its liner and feeder routes.

Agencies and representatives in 14 countries

EMES has agencies and representatives in 14 countries, including Turkey, Greece, Italy, Spain, Algeria, Tunisia, Libya, Egypt, Syria, Morocco, Romania, Bulgaria, Ukraine and the Russian Federation. EMES is equipped with a container park of 56.000 TEU including reefers, whether it is for handling shipments of marble, textile products on hangers or fresh vegetables requiring refrigerated containers. 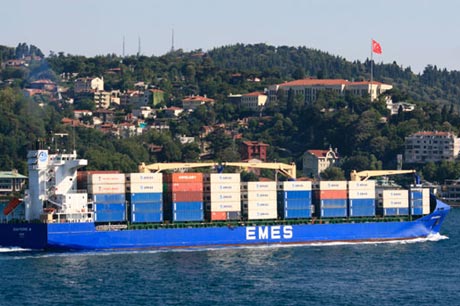 This news is a total 5917 time has been read