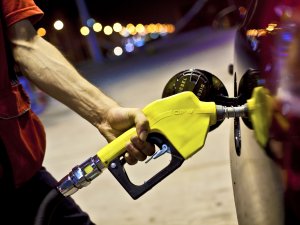 Turkish gasoline prices dropped by an average of 0.05 liras per liter at midnight on Friday.

Turkish gasoline prices dropped by an average of 0.05 liras per liter at midnight on Friday.

In the Turkish capital Ankara and in Izmir, 95-octane unleaded gasoline will be sold at 4.39 liras per liter, while prices dropped to 4.35-4.36 liras in Istanbul

According to oil experts, the price discount comes with the recent weakening of the U.S. dollar and decline in Brent oil price.

The U.S. dollar lost more than two percent of its value against the Turkish lira in two days.

The price of the global benchmark Brent crude oil fell almost 11 percent between in two days, reaching as low as $53.09 per barrel on Wednesday from $59.57 per barrel on Monday.

The price of gasoline was 5.14 per liter on average in June, and fell 15 percent since then, due to the steep decline in crude oil prices.

Oil prices have fallen almost 60 percent in the last seven months, their fastest dive since 2008, due to oversupply and low oil demand in the market.

This news is a total 1715 time has been read
Tags: Ankara, Izmir, Istanbul, lira