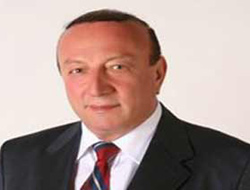 There are over 60 shipyards in Turkey at the moment and this number will reach 125 by the year 2008," said Murat Bayrak, chairman of Turkish Shipbuilders' Association (GISBIR).

There are over 60 shipyards in Turkey at the moment and this number will reach 125 by the year 2008," said Murat Bayrak, chairman of Turkish Shipbuilders' Association (GISBIR).

Bayrak told Anatolia news agency that Turkish shipbuilding industry has been going on an upward trend in recent years and it will continue until 2015. He said Turkey is ranked the fifth in terms of orders behind South Korea, China, Japan and Germany, noting that Turkey will soon outsell Germany which focuses on high-tech ships such as warships, research ships and platforms.

Bayrak said imports make 60 percent of building costs in Turkish shipbuilding industry and stated that they have been seeking investment opportunities in technology to reduce imports in shipbuilding.

Indicating that they get their profit from low labor costs, Bayrak said, "but it will not remain the same. Our labor costs will rise sooner or later according to EU acquis that we have to comply with."

According to GISBIR's figures, Turkish shipbuilding industry, which employs 25,000 people, has considerable contribution to Turkish economy with 1.5 billion USD from new ship building and 1 billion USD from repair and maintenance operations.

This news is a total 1855 time has been read