TurkStream infra. via Bulgaria completion due 2020 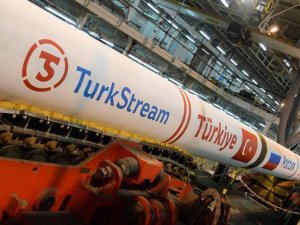 - Russia anticipates completion of TurkStream's infrastructure in Bulgaria in first half of 2020, says Russia's energy min.

Russia expects infrastructure completion for the TurkSteam natural gas pipeline for the Bulgaria segment in the first half of 2020, Russian energy minister Alexander Novak said on Tuesday.

Onshore and offshore construction in Turkey has been ongoing as scheduled, Novak noted in the Russian city of Sochi.

The Russian minister said they do not foresee any problems regarding the construction although he conceded that there could be minor changes in Bulgaria.

The dual TurkStream natural gas pipeline is set to have a total capacity of 31.5 billion cubic meters (bcm), out of which the first line will carry a capacity of 15.75 bcm of Russian gas to Turkish consumers. The second line will carry another 15.75 bcm of gas to Europe via Turkey, and 3.5 bcm is destined for transfer through the second line to Bulgaria.

This news is a total 402 time has been read
Tags: TurkStream's, natural gas pipeline , TurkStream infra. via Bulgaria completion due 2020