Two Cruise Firms Get Approval to Sail to Cuba 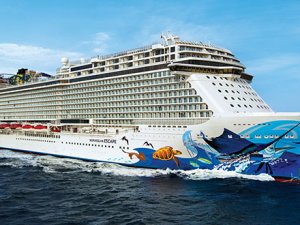 The company’s first cruise to Cuba will set sail from PortMiami on Oceania Cruises’ Marina on March 7, 2017 featuring calls on Havana. Seven Seas Mariner, of the Regent Seven Seas Cruises fleet, will call on Havana during two cruises in April 2017. Norwegian Sky will also offer a selection of four-day voyages that will overnight in Havana in May 2017, NCL said.

Full itinerary details for voyages that call on Cuba will be released today for Oceania Cruises, later in December for Regent Seven Seas Cruises and on December 20 for Norwegian Cruise Line.

The second company which received the approval to send its cruise ships to Cuba, Royal Caribbean Cruises said that it plans to announce its first Florida-Cuba itineraries “in the near future.”

The company’s two lines, Royal Caribbean International and Azamara Club Cruises, will travel directly to Cuba, according to RCL.

This news is a total 930 time has been read
Tags: Two Cruise Firms Get Approval to Sail to Cuba