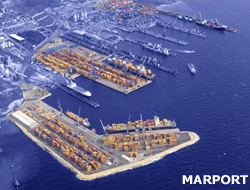 Marport Container Terminals, founded in 1996 in the Ambarli Istanbul, had the highest container throughput volume in Marmara and Turkey in 2007. Marport had reached two milestones in February 2008 - servicing its 10,000th vessel and 6,340,000th TEU. Marport could achieve this success because of the expanded port area, IT and equipment investments, the most notable of those being the purchase of SSG"s for quayside and RTG"s for yard operations.

Lately, Marport received two additional SSG cranes at Marport Main Terminal on 8 April 2008. SSG cranes, produced by ZPMC -the largest SSG cranes supplier of the world based in Shanghai/China- are capable of handling vessels which have 18 container rows across. By installing the state of art technology, Marport will increase the operational productivity substantially.

SSG purchases were a part of Marport Container Terminals" Expansion and Modernization Project, which is now in its final phase of equipment delivery. The project was initiated in 2001 with Marport Main Terminal, and followed in 2003 by Marport West Terminal. The project included the expansion of the combined terminal area to 409,000 sqm, cranes, 62 terminal trucks and the implementation of the Navis Terminal Operating System that is utilized by 25 percent of the world"s largest terminal operators.

Marport is Turkey"s only deep-sea container terminal that is able to serve post-panamax vessels with a draft requirement of 14.5 meters. A combination of structured investments totaling 350 million US dollars since 2001 has made Marport the highest volume handler in the region, and Marport once again exceeded the annual growth performance of Turkey with impressive 35% percent growth in 2007 while the market grew 24%. Marport handled 27% of Turkey's container traffic in 2007. 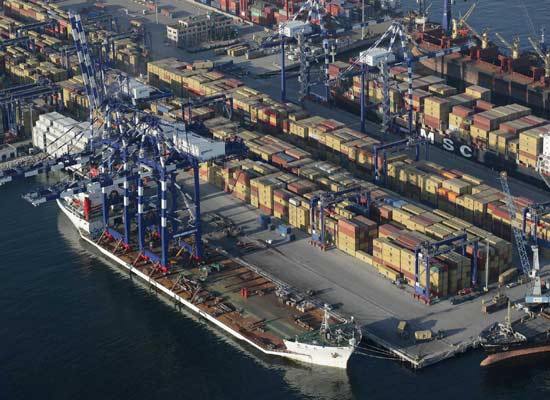 This news is a total 1871 time has been read