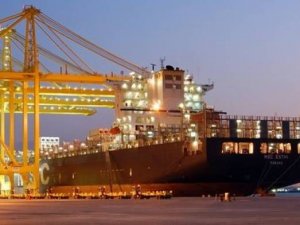 Two new maritime lines are launched from Hamad Port which will enhance Qatar’s trade connections with various ports in China, India, Malaysia, Turkey and Greece, among other countries.

Qatar News Agency (QNA)  said that both lines will run on a weekly basis.

The first line starts in the Mediterranean and will be serviced by with four ships, with a total capacity of 6,000 containers including 400 reefer containers.

The China Gulf Express Service will connect Shanghai in China with Hamad Port, with designated stops at Ningbo (China), Kaohsiung (Taiwan), Xiamen (China), Shekou (China) and Port Klang (Malaysia) en route to Qatar. A single ship will ply this route and have a capacity of 6,000 containers, including 400 reefer containers, according to the MoTC.

The second line has one ship with a capacity of 6,000 containers including 400 reefer containers.

The East Mediterranean Service will link Qatar with Turkey and Greece. It will be serviced with four ships, with a total capacity of 6,000 containers, including 400 reefer containers. Ports to be covered by this service are Mersin (Turkey), Istanbul (Turkey), Tekirdag (Turkey), Canakkale (Turkey), Piraeus (Greece), Iskenderun (Turkey) and Salalah (Oman) before reaching Hamad Port in Qatar.

Hamad Port director Abdul Aziz Nasser al-Yafei  said he expected Hamad Port to receive more than 1,000 vessels by the end of this year and about 1mn TEUs (twenty-foot equivalent unit) in the same period.

Qatar has launched new trade routes after the Gulf crisis to connect it with different destinations to offset the impact of the blockade imposed by the Arab quartet, including Saudi Arab, Bahrain, the United Arab Emirates and Egypt since early June.

This news is a total 1033 time has been read
Tags: Two New Shipping Lines to Hamad