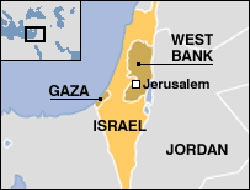 Haifa Port worker stand next to the a Cypriot passenger ship Salamis Glory, a day after it collided with a cargo ship, at the Haifa Port, Israel, Friday, Aug. 31, 2007.

The bodies of two sailors have been recovered from the sea by Israeli Navy following a collision between two ships off Haifa on Thursday evening (30th August 2007), according to reports on Israeli radio.

The men were from a cargo vessel, the SHELLY, which was in collision with the cruise ship SALAMIS GLORY, a Cypriot owned vessel, as it left port. Some reports state the cargo vessel was at anchor.

Eyewitnesses say the cargo ship sank very quickly. 13 crew members jumped off the SHELLY and eleven were rescued. Two were unaccounted for until this morning when their bodies were found.

Israeli News said that one of the sailors, a 30-year-old Indonesian, was the ship's chief officer and the other was a 22-year-old Ukrainian.

No passengers on the cruise ship, of whom there were 500 or so aboard, were hurt in the incident and they are expected to reach Cyprus later today.

The SHELLY ( ex DORA, ex LOTI ) was flying the Slovakian flag and is operated by Caspi Cargo Lines of Haifa, Israel. She was built in 1973 and had a speed of 10 knots and a gross tonnage of 1599 tons. She was carrying a cargo of gypsum.

The SALAMIS GLORY was built in Yugoslavia in 1962 as the ANNA NERY for Companhia de Navegacao Costeira, Brazil. She had a succession of owners and names (and two of whom went bankrupt) before Salamis Tours bought her in 1996. 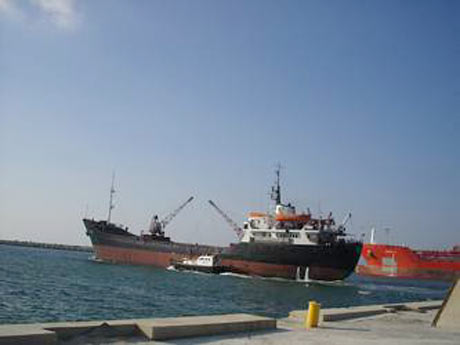 This news is a total 2206 time has been read