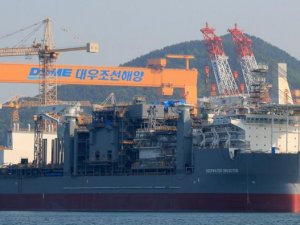 Transocean Ltd. (NYSE:RIG) announced Tuesday that its ultra-deepwater drillship Deepwater Invictus has been awarded a two-year contract with options by a subsidiary of BHP Billiton.

Transocean said the firm contract is valued at approximately $106 million and will commence in the second quarter of 2018. It includes three one-year priced options.

The Deepwater Invictus was delivered in 2014 and is rated to a water depth of 12,000 feet. It has spent nearly its entire career contracted to BHP.

“We are extremely pleased to continue working with BHP,” said President and Chief Executive Officer Jeremy Thigpen. “Since we welcomed the Invictus into our fleet in 2014, the combination of BHP, Transocean and the Invictus has delivered industry-leading performance; and, we look forward to extending our productive relationship through this multi-year contract.”

A spokesman for BHP said the awarding of the contract supports its exploration focus on the three Tier 1 deep-water opportunities in the US Gulf of Mexico, Mexico, and the Caribbean.

According to Transocean’s latest fleet status report, Deepwater Invictus is currently contracted to BHP Billiton for operations in the Gulf of Mexico at a day rate of $592,000. The current contract spans from January 2017 through November 2017.

This news is a total 926 time has been read
Tags: Two-Year Contract for Ultra-Deepwater Drillship ‘Deepwater Invictus’