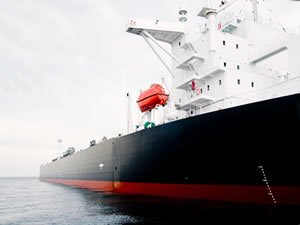 “The United States will act against persons who support illicit actors engaged in the movement of Iranian petroleum and petrochemical sales,” Treasury Secretary Steven Mnuchin said in the statement.

The United States on Wednesday imposed sanctions on companies based in China and the United Arab Emirates, accusing them of supporting the sale of Iranian petrochemicals as Washington increases pressure on Tehran in the closing days of President Donald Trump’s term.

The U.S. Treasury Department said in a statement it had blacklisted the four entities for facilitating the export of Iranian petrochemical products by Triliance Petrochemical Co. Ltd, which was hit with sanctions by Washington earlier this year.

Also targeted in the move was Vietnam Gas and Chemicals Transportation Corporation over its connection with significant transactions for the transport of petroleum products from Iran, the Treasury said.

The Trump administration has imposed sanctions nearly daily over the past several weeks, many targeted at Iran. Analysts have said the sanctions pressuring Tehran seem designed to complicate President-elect Joe Biden’s path to renegotiating a nuclear deal with Iran.

“The United States will act against persons who support illicit actors engaged in the movement of Iranian petroleum and petrochemical sales,” Treasury Secretary Steven Mnuchin said in the statement.

Washington in January blacklisted Hong Kong-based Triliance Petrochemical Co Ltd and three other petrochemical and petroleum companies that the Treasury said collectively transferred the equivalent of hundreds of millions of dollars’ worth of exports from the National Iranian Oil Company.

Wednesday’s sanctions froze any U.S. assets of the companies and generally barred Americans from dealing with them. Foreign financial institutions that knowingly facilitate transactions for those blacklisted also run the risk of being hit with sanctions, Treasury said.

President-elect Joe Biden, set to take office on Jan. 20, has said he will return the United States to the Obama-era deal if Iran resumes compliance.