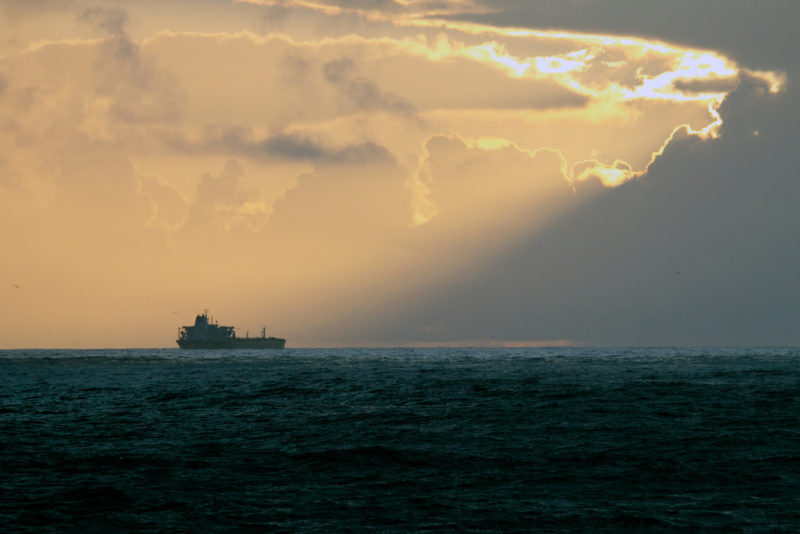 The United States on Wednesday blacklisted an “oil for terror” network of firms, ships and individuals allegedly directed by Iran’s Islamic Revolutionary Guard Corps (IRGC) for supplying Syria with oil worth hundreds of millions of dollars in breach of U.S. sanctions.

Hook also announced that the United States would offer a reward of up to $15 million for information that disrupts the financial operations of the IRGC and its elite foreign paramilitary and espionage arm, the Quds Force.

The steps intensified a U.S. “maximum pressure” campaign aimed at eliminating Iran’s oil exports, its main source of income. It will likely intensify tensions that erupted with President Donald Trump’s withdrawal last year from a multilateral accord designed to stop Tehran from producing nuclear weapons.

Iran has been gradually reducing its compliance with the 2015 agreement in a bid to pressure European countries to compensate it for the severe damage done to its economy by multiple rounds of U.S. sanctions. Tehran was expected to announce further breaches sometime this month.

The 10 individuals blacklisted on Wednesday included Rostam Qasemi, a former Iranian oil minister, and his son, the U.S. Treasury Department said in a statement.

Also hit were subsidiaries of an Indian company with an interest in the Adrian Darya, an Iranian tanker suspected of carrying oil for Syria that has been cruising the Mediterranean since its release from detention by British authorities off Gibraltar in July, it said.

The Treasury Department’s Office of Foreign Assets Control action froze any assets in the United States of the designated entities and generally prohibited U.S. citizens or companies from doing business with them.

U.S. officials said that the Quds Force and Hezbollah, the Iranian-backed Lebanese militia movement, profited financially from the sales of Iranian oil and petroleum products, mostly to Syria, that this spring alone were worth more than $750 million.

U.S. officials said the Quds Force used the network to hide its involvement in oil sales to Syrian President Bashar Assad’s government and other unnamed “illicit actors” and relied heavily on Hezbollah officials and front companies to broker the contracts.

“This vast oil-for-terror shipping network demonstrates how economically reliant Tehran is on the IRGC-QF and Hezbollah as financial lifelines,” said Sigal Mandaker, the senior Treasury official who oversees sanctions.

According to U.S. officials, Qasemi, a former IRGC general who served as Iranian oil minister from 2011 to 2013 and was hit by other U.S. sanctions in 2010, directed the network under the supervision of Qasem Soleimani, the Quds Force commander who answers directly to Supreme Leader Ayatollah Ali Khamenei.

Another Lebanese, Ali Qasir, oversaw the network’s finances, including negotiating sales prices, and worked with Asadi to facilitate an oil shipment by the Adrian Darya, they said. It was not known if that shipment was what the ship now holds.

Eleven tankers in which the sanctioned individuals held interests were blacklisted, they said.

“Vessels tied to the shipping network have tried to pass Iranian oil off as Iraqi oil,” said Hook, saying the Quds Force used false documents to hide the origins of the cargoes and had the ships turn off transponders to conceal their locations.

India’s Mehdi Group, which owns a share of the Adrian Darya, and its director, Ali Zaheer Mehdi, have crewed and managed at least seven of the 11 ships and found others to haul Iranian oil, spreading responsibility among at least 10 subsidiaries and front companies, U.S. officials said. Mehdi Group shell companies and subsidiaries were set up in the Marshall Islands, Singapore and the United Arab Emirates, they said.