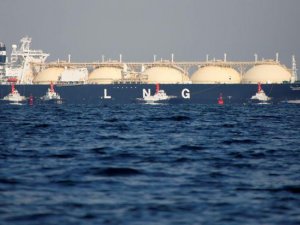 U.S. liquefied natural gas (LNG) companies made small steps to add export capacity this week, even as global energy demand destruction from the coronavirus pandemic has made it difficult for new projects to move forward.

U.S. LNG exports were on track to rise for the first time in six months in August as the amount of pipeline gas flowing to the plants climbed from a 21-month low in July when buyers canceled dozens of cargoes. Cheniere Energy Inc, the nation’s biggest LNG producer, said it plans to complete Train 6 at Sabine Pass in Louisiana in the second half of 2022. Previously, Cheniere said Sabine 6 would enter service in the first half of 2023.

The company also said it remains on track to finish Train 3 at Corpus Christi in Texas in the first half of 2021. Kinder Morgan Inc said the 9th of 10 units at Elba Island in Georgia would be ready for service on Aug. 10.

The company has said all units at the plant will be ready this summer. Sempra Energy said it continues to work with Mexican regulators to get a 20-year export permit for the first phase of its proposed Costa Azul LNG export plant. Sempra has said it planned to make a final investment decision on Costa Azul in 2020. The company also said it still plans to make an FID on Port Arthur in Texas in 2021.

Tellurian Inc said it still expects Driftwood in Texas to enter service in 2024. To make that happen, the company has said it would have to start construction this year or next.

Freeport LNG has asked regulators for three more years until May 2026 to complete the proposed fourth train at its Texas plant.

This news is a total 2659 time has been read
Tags: U.S. LNG FIRMS TO ADD EXPORT CAPACITY DESPITE CORONAVIRUS