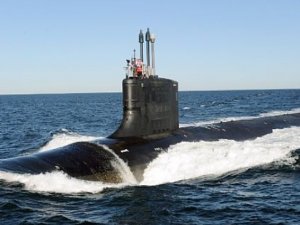 The company has admitted to the charges agreeing to pay a $10.8 million settlement, according to the U.S. Justice Department and prosecutors in Washington state.

Bradken, a subsidiary of Hitachi Construction Machinery, is the U.S. Navy’s leading supplier of high-yield steel for naval submarines, producing in its Tacoma foundry castings that prime contractors use to fabricate submarine hulls. According to the prosecutors, the Navy requires that the steel meets certain standards for strength and toughness to ensure that it does not fail under certain circumstances, such as a collision.

The criminal cases allege that for 30 years, the Tacoma foundry, which was acquired by Bradken in 2008, produced castings that had failed lab tests and did not meet the Navy’s standards. Elaine Thomas, the former Director of Metallurgy, allegedly falsified test results for over 200 production runs of steel, hiding the fact that the steel had failed the tests. These productions represent a substantial percentage of the castings Bradken produced for the Navy.

The United States Attorney’s Office for the Western District of Washington filed a criminal complaint charging Elaine Thomas with Major Fraud Against the United States and separate criminal information charging Bradken with Major Fraud Against the United States. Bradken admitted to these allegations as part of the deferred prosecution agreement, accepting responsibility for the offense and agreed to take remedial measures. If Bradken complies with the agreement, the government will dismiss the charge against the company after three years. Thomas will make her initial appearance in federal court in Tacoma on June 30, 2020.

“Bradken placed the Navy’s sailors and its operations at risk. Further, after Bradken’s management discovered the falsified data, they misled the Navy about the scope and nature of the fraud. Government contractors must not tolerate fraud within their organizations, and they must be fully forthcoming with the government when they discover it,” said U.S. Attorney Brian T. Moran. “The Navy has taken extensive steps to ensure the safe operation of the affected submarines. Those measures will result in increased costs and maintenance. Our agreement with the company is aimed at ensuring they improve their procedures and inform their peer companies about how their systems failed to detect the fraud.”

The court filings state there is no evidence that Bradken’s management was aware of the fraud before May 2017. At that time, a lab employee discovered that test cards had been altered and that other discrepancies existed in Bradken’s records. While Bradken initially disclosed these findings to the Navy, it then according to the complaint made misleading statements suggesting that the discrepancies were not the result of fraud.

Bradken now admits that these misleading statements hindered the Navy’s investigation and its efforts to remediate the risks presented by Bradken’s fraud. The civil settlement resolves allegations that some of the castings Bradken produced did not conform to the Navy’s specifications.

In addition to the allegations concerning the altered test results, the United States also contends that Bradken invoiced shipbuilders for the parts as if they were made to the demanding military specification when they were not, causing the shipbuilders to invoice the Navy for parts that did not meet specifications.

Secretary of the Navy Kenneth J. Braithwaite stated that “U.S. Navy suppliers must meet the very highest standards of quality. Our Sailors and Marines depend upon them to provide the very best equipment thereby enabling the Navy to meet worldwide commitments. While the Navy remains dedicated to maintaining and revitalizing our industrial base, we will aggressively investigate and pursue all possible recoveries from suppliers who do not meet standards.”

The deferred prosecution agreement describes substantial steps taken by Bradken to cooperate with the government’s investigation and overhaul to its quality control and compliance procedures. These steps include entering into a compliance agreement with the Navy, creating new positions devoted to oversight of lab testing and tracking, creating an audit and risk committee to oversee the compliance issues, and implementing a new lab information system with anti-fraud controls. The company will also publish a detailed account of its missteps in the Casteel Reporter, a trade publication, to educate other government contractors. In addition, Bradken has made changes to the management team in place at the Tacoma Foundry.

This news is a total 1159 time has been read
Tags: U.S. Navy Contractor Fined $11M for Selling Faulty Steel