U.S. Oil Is Too Good, Too Pricey and Too Far for Asia Buyers 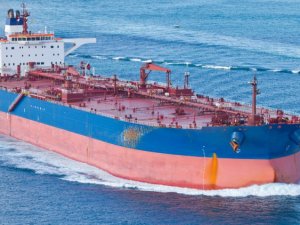 In the world’s biggest oil market, buyers have better options than U.S. crude. As the country inches towards ending the last restrictions on exports, Asian buyers will probably have a limited appetite for the quality of crude on offer.

As the country inches towards ending the last restrictions on exports, Asian buyers will probably have a limited appetite for the quality of crude on offer. Many of the region’s refiners are geared to process heavier, cheaper oil with higher sulfur content. The lighter and cleaner shale oil from the U.S. has also got about a third farther to come than alternative supplies from the Middle East and that represents an additional cost.

“U.S. light oil economically is not viable for most of Asian refiners,” B.K. Namdeo, head of refineries at state-run Hindustan Petroleum Corp., said by phone from New Delhi. “The majority of the refiners in this region are not configured to use light oil, plus there is a long charter time and high freight costs involved.”

Horizontal drilling and hydraulic fracturing has unlocked a flood of light, sweet oil from shale rock, pushing the U.S. toward ending its 40-year export ban. President Barack Obama is expected to sign legislation that will end the restrictions, the culmination of years of lobbying by an industry faced with a domestic oversupply.

Oil buyers in Asia are already reaping the benefits of a global glut that’s driven prices down about 35 percent over the past year. The Organization of Petroleum Exporting Countries, which supplies the region with most of its oil, has effectively decided to abandon production limits in the hope that unrelenting stream of cheap crude will squeeze out rivals. That’s treated Asia to a steady flow of cargoes from the Middle East to Mexico, Nigeria and Russia as producers compete for market share.

For Japanese refiners, buying U.S. crude isn’t profitable relative to Middle East supplies, according to Masashi Nakayama, the general manager for crude oil and tanker department at Cosmo Oil Co. It takes a tanker approximately 27 days to reach the Japanese port of Chiba from Saudi Arabia’s Ras Tanura terminal, versus 38 days for a ship departing from Houston, according to Sea-Distances.org.

U.S. benchmark West Texas Intermediate crude cost about $2.09 a barrel more than the Middle East’s Dubai oil on Friday, according to data compiled by Bloomberg. As recently as March, it was $7 cheaper. The U.S. marker grade was 79 cents below Brent, up from a discount of about $7.50 at the end of March.

Higher shipping costs add to the premium for U.S. oil. An Aframax-sized tanker, which is typically used to carry American supplies to northeast Asia, costs about $5 a barrel from the U.S., compared with about $2.25 a barrel for a Very Large Crude Carrier from the Middle East, the most-frequently used ship for that route, according to Clarksons and Braemar ACM shipbrokers.

“For Asian refineries, it won’t be cost effective to use U.S. light oil,” said Arun Kumar Sharma, finance director at Indian Oil Corp., the country’s biggest refiner. “But Asian refiners will benefit from those displaced volumes that U.S. tight oil will replace,” which may come from the Middle East or Africa, he said.

Some cargoes of U.S. condensates, a very light type of oil typically produced along with natural gas, have been making their way to buyers in Asia this year. The shipments aren’t profitable with current regional price differences and freight rates, according to a survey Wednesday of three buyers and producers.

The Asia-Pacific region will consume 31.93 million barrels a day of oil in 2015, exceeding demand of 31.17 million barrels from the Americas, the International Energy Agency said in a report on Dec. 11. China, India, Japan and South Korea will be among the biggest users of crude, according to the Paris-based agency.

Both Japan and South Korea relied on the Middle East for about 84 percent of their oil imports last year, according to the U.S. Energy Information Administration. The region accounted for about 62 percent of India’s overseas supplies and 52 percent for China.

China, Asia’s biggest importer, may purchase U.S. oil as the country’s independent refiners seek lighter crudes to mix with heavier, cheaper feedstocks, according to Wu Kang, a Beijing-based analyst with FGE, an energy researcher. Smaller plants, known as teapots, account for almost a third of the nation’s processing capacity and 13 of them have been granted import quotas totaling a combined 55 million tons, or 18 percent of nation’s annual imports.

U.S. producers may find a more attractive outlet in Latin America, where refiners are in need of light, sweet shale oil that can help dilute heavier crudes common to the region, said Ehsan Ul-Haq, a senior analyst at KBC Energy Economics.

It’s also not always about money. Buyers in Japan and South Korea have welcomed the arrival of U.S. barrels because it adds another option to choose from for countries that rely heavily on the Middle East.

This news is a total 4720 time has been read