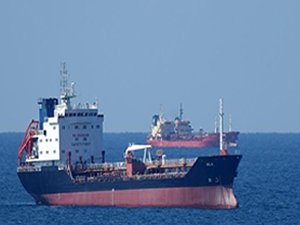 Iranian forces used two ships and a helicopter to board a tanker called the Wila in international waters, U.S. Central Command said in a tweet on Wednesday.

In the latest salvo of the ongoing disputes regarding the shipment of Iranian oil, there are reports that Iranian Naval forces approached several vessels and boarded a Liberian-flagged tanker Wila as it was approaching the Khor Fakkan anchorage in the UAE.

The marine security firm Dryad Global reported the incident while also saying according to its analysis that, “Iran’s actions today do not raise the overall risk posed by vessels within either the Gulf of Oman or Strait of Hormuz.” In an update to its initial report, using data from TankerTracker, Dryad however later added details suggesting that Iranian forces also approached the Marshal Island flagged MT Freud and the Panama flagged MT Chemway Arrow prior to boarding the Wila.

This evening the U.S Central Command released a video of the boarding saying that, “In international waters, Iranian forces, including two ships and an Iranian Sea King helicopter, overtook and boarded a ship called the Wila.”

The U.S. video confirms Dryad’s report that “Iranian Naval assets may have used aviation assets to board the Wila.” At the time of the incident, the 8000 DWT tanker was believed to be 23 nautical miles northwest of the Khor Fakkan Anchorage but later proceeded into the port.

Dryad’s analysis suggests that the vessel may have been targeted as it is managed by a Greek shipping company that may have had other direct or indirect dealing with Iran regarding the shipment of oil.

The United States had recently been increasing its pressure on shipping companies working with Iran and sanctioned a large number of vessels, including several managed by Greek shipping companies for their dealings with Iran.  In June, the Union of Greek Shipowners had met with the United States and promised better cooperation with the sanctions and as a result was able to get ships removed from the blacklist.

Dryad is speculating that Iran “has waited for an opportune moment when it can respond…. In targeting this vessel, Iran has potentially sought to send a clear message to vessels, which decide to renege on their willingness to partake in, or facilitate, economic activities linked to the nation.”

Iran has a history of harassing shipping in the region.

The 23-year old vessel has a checkered history having gone through multiple owners and names. Dryad believes the Wila is currently managed by the Greek-based IMS SA with a Greek-based registered owner of Bandit Shipping Co. in care of IMS SA.

News of this incident came the same time as the Iranian ambassador to Pakistan, in response to allegations that an Iranian oil tanker was seized in the port of Karachi, said that the Iranian embassy has not received an official report from the Pakistani, according to the Iran Press Agency. Pakistani media had been reporting the incident.

In July, the tanker Gulf Sky disappeared from an anchorage in the UAE and was later reported in Iranian waters off the coast of Hormuz Island. Her master told the UK-based charity Human Rights at Sea that she had been hijacked. The crew was later repatriated. The 1998-built Gulf Sky has been entangled in a long legal dispute involving American sanctions on Iran.

This news is a total 10487 time has been read
Tags: U.S. Says Iran Forces Boarded Ship in International Waters