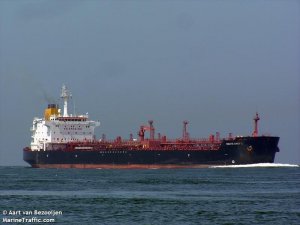 U.S. prosecutors late on Wednesday filed a lawsuit to seize the gasoline aboard four tankers that Iran is shipping to Venezuela, the latest attempt by the Trump administration to increase economic pressure on the two U.S. foes.

The government of Venezuela’s socialist President Nicolas Maduro has flaunted the tankers, which departed last month, to show it remains unbowed by U.S. pressure. Washington has been pressing for Maduro’s ouster with diplomatic and punitive measures, including sanctions on state oil company PDVSA .

The lawsuit was followed on Thursday by a warrant issued by U.S. District Judge James Boasberg for the seizure of the more than 1.1 million barrels of gasoline in the four tankers. Legal sources said the gasoline could likely only be seized by U.S. authorities if the tankers enter U.S. territorial waters. But they said the actions could help push other countries to cooperate in seizing the fuel.

Gasoline shortages in Venezuela, like Iran a member of OPEC, have grown acute due to U.S. sanctions, and the country has undergone an economic collapse. Still, Maduro has held on, and the failure to unseat him has frustrated U.S. President Donald Trump, some American officials have said privately.

In the civil-forfeiture complaint, U.S. federal prosecutors aim to stop delivery of Iranian gasoline aboard the Liberia-flagged Bella and the Bering, and the Pandi and the Luna, according to the lawsuit, first reported in the Wall Street Journal. The suit, filed in the U.S. District Court for the District of Columbia, seeks to deter future deliveries.

Boasberg issued the warrant for the seizure of the gasoline in the tankers, based on probable cause that the fuel is forfeitable, the Justice Department said.

The lawsuit also aims to stop the flow of revenues from petroleum sales to Iran, which Washington has sanctioned over its nuclear program, ballistic missiles, and influence across the Middle East. Tehran says its nuclear program is for peaceful purposes.

Zia Faruqui and two other assistant U.S. attorneys allege in the lawsuit that Iranian businessman Mahmoud Madanipour, affiliated with Iran’s Islamic Revolutionary Guard Corps, or IRGC, helped arrange the shipments by changing documents about the tankers to evade U.S. sanctions.

The lawsuit says that since September 2018, the Revolutionary Guards’ elite Quds Force has moved oil through a sanctioned shipping network involving dozens of ship managers, vessels and facilitators.

Profits from the shipments support the “full range of nefarious activities, including the proliferation of weapons of mass destruction and their means of delivery, support for terrorism, and a variety of human rights abuses, at home and abroad,” the lawsuit said.

It was not immediately clear whether or how the Trump administration would move to seize the gasoline. The U.S. government must prove the fuel is forfeitable under law in a civil proceeding for it to seize it permanently.

Last year, the Trump administration failed to stop a tanker in the Mediterranean carrying Iranian oil called the Adrian Darya, formerly known as Grace 1, through blacklisting it and other measures.

The Adrian Darya was originally seized by the British Royal Marine commandos on suspicion being en route to Syria, but was released by Gibraltar after receiving written assurance from Tehran the ship would not discharge its 2.1 million barrels of oil in Syria.

After a warrant was issued for the Adrian Darya last year, Brian Hook, the State Department’s top Iran official, sent emails to its captain saying the Trump administration was offering him several million dollars to steer the tanker to a country that would impound it on behalf of Washington.

The oil was eventually sold to the Assad regime in Syria.

This news is a total 1810 time has been read
Tags: trump administration, venezuela