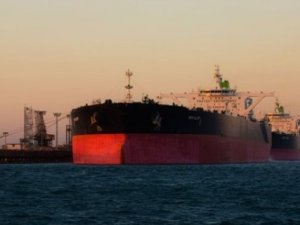 The United States issued a global advisory detailing the deceptive shipping practices being used by Iran, North Korea, and Syria to evade the current economic sanctions warning the shipping industry to be vigilant or face sanction violations.

The Trump administration released the information as reports surfaced that an Iranian-flag tanker is underway to Venezuela despite the current sanctions. In total, as many as five Iranian tankers may be preparing to sail to Venezuela with the reports in the media saying that Venezuela will be paying for the shipments with gold. Iran has denied these reports.

The United States contends that there is an ongoing pattern of illegal activities by Iran and other nations in violation of international law. Two weeks ago, two Iranian nationals were charged with violating U.S. export laws by conspiring to help Iran buy a large tanker in September 2019.

According to the U.S. Department of State, the Department of the Treasury’s Office of Foreign Assets Control (OFAC), and the U.S. Coast Guard, the updated information is intended to provide tools to counter current and emerging trends in sanctions evasion related to shipping as well as the energy and metals sectors.

The advisory warns to be alert for voyage irregularities including attempts to disguise the ultimate destination or origin of cargo or recipients by using indirect routing, unscheduled detours, or transit or transshipment of cargo through third countries.

Other tactics that are outlined including: disabling or manipulating automatic identification systems (AIS); physically altering vessel identification; falsifying cargo and vessel documents; ship-to-ship (sts) transfers; false flags and flag hopping; and the use of complex business structures, ownership or management.

It went on to say, “This advisory reflects the U. S. government’s commitment to work with the private sector to prevent sanctions evasion, smuggling, criminal activity, facilitation of terrorist activities, and proliferation of weapons of mass destruction (WMD), with a focus on Iran, North Korea, and Syria.”

The 35-page document was posted on the Treasury’s website and includes detailed descriptions of the practices and methods to protect from potential sanction violations as well as Information on North Korea, Iran, and Syria-related sanctions relevant to the maritime industry.

This news is a total 573 time has been read
Tags: U.S. Warns of Deceptive Shipping Practices to Evade Sanctions

MSC boss Soren Toft backs carbon taxes and decarbonisation R&D fundMediterranean Shipping Co (MSC) has joined other liners to support the call for global carbon taxation for shipping and an initiative to set up a worldwide fund for decarbonisation research.