UAE and Turkey to boost trade 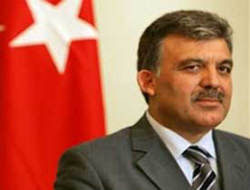 They discussed relations between the two countries, particularly economic ties including the results achieved at the end of the joint committee meeting.

The Turkish president reiterated his country's commitment to further boost the existing ties with the UAE. He said the private sectors of both countries should seize opportunities provided by economic reforms in the two countries to boost bilateral ties and joint investment.

Shaikha Lubna said the UAE is highly committed to boosting bilateral ties and economic cooperation with Turkey, adding that the two countries should surmount all challenges to boost bilateral cooperation in their mutual interest. She praised the positive results achieved during the joint committee meeting. She said the results will further boost economic prosperity in the two countries and will strengthen bilateral relations.

The minister briefed the Turkish president about the latest economic developments in the UAE and the government's plans for economic growth, developing the non-oil sector and boosting development in various sectors.

She said the UAE's economy had witnessed in 2007 a gross domestic product (GDP) growth rate of 16.5per cent to bring the GDP to Dh698 billion, with the non-oil sector accounting for 65per cent of the total. She added that the UAE, which has become a hub for foreign investment, having attracted in 2006 a total amount of $19 billion in foreign direct investment (FDI), a figure which represents an increase of 10.8 per cent compared to the FDI recorded in 2005.

This news is a total 886 time has been read