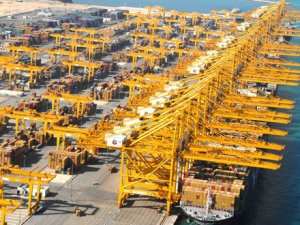 The Federal Transport Authority in the United Arab Emirates (UAE) has issued a circular banning all ships flagged by the Federated States of Micronesia.

''All ships flying Micronesian flag are banned fro entering UAE waters and ports as Federated States of Micronesia does not have international ship registry therefore all ships/seafarers certificates issued under FSM are fraud, and FTA will not recognize or endorse such cerfiticates,'' the transport body stated.

In April this year reported how around 300 ships had fallen for a scram, registering with a flag purporting to be Micronesia.

Transport bosses in the UAE have been busy of late identifying ships to ban from entry. Last month it banned all ships connected to India's Varun after the Mumbai-based owner had abandoned a number of ships in the UAE.

This news is a total 928 time has been read
Tags: UAE bans all ships flying fake Micronesia flag