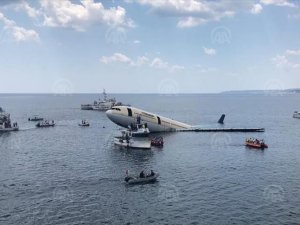 The United Arab Emirates (UAE) has agreed to join the International Alliance for the Safety and Protection of Maritime Navigation to secure sea lanes, Salem Al Zaabi, director of security cooperation

department at the Ministry of Foreign Affairs and International Cooperation announced on Thursday.

Al Zaabi said the UAE's accession to this international alliance aims to support regional and international efforts to face the threats of maritime navigation and global trade.

"UAE aims to ensure global energy security and the continued flow of energy supplies to the global economy and contribute to the maintenance of international peace and security," he said.

The UAE's move follows that of Saudi Arabia, which joined the coalition on Wednesday. Australia, Bahrain and the United Kingdom will also participate.

U.S. Secretary of State Mike Pompeo hailed the efforts of the UAE and Saudi Arabia in joining the coalition, and said, "Recent events underscore the importance of protecting global commerce and freedom of navigation."

The U.S. has been seeking allies for the naval mission after Iran allegedly seized two foreign oil tankers in apparent retaliation for Britain impounding an Iranian tanker, which was consequently released in early July.

The coalition's plan includes protecting the broader Persian Gulf region and surveillance of the Strait of Hormuz and the Bab el-Mandeb, another narrow strait that connects the Red Sea and the Gulf of Aden off Yemen and East Africa.

This news is a total 1624 time has been read
Tags: Al Zaabi , UAE , UAE aims , UAE and Saudi Arabia in joining the coalition