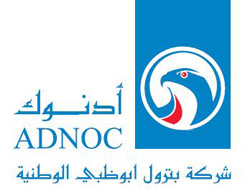 The ADNOC will maintain crude oil supplies to Asian customers mostly unchanged in July, deepening cuts for only one grade, the UAE?s state firm said on Thursday as OPEC prepared to reaffirm its output quotas.

The Abu Dhabi National Oil Co., or ADNOC will maintain crude oil supplies to Asian customers mostly unchanged in July, deepening cuts for only one grade, the UAE"s state firm said on Thursday as OPEC prepared to reaffirm its output quotas.

OPEC ministers gather later on Thursday for talks in Vienna, where they were expected to hold production steady after agreeing to cut 4.2 million barrels per day,or bpd, of oil output since last summer in a bid to shore up prices battered by recession.

Upper Zakum has capacity to pump over 500,000 bpd, or around a quarter of the UAE"s estimated 2.22 million bpd production in April. Oil supply from the Organisation of the Petroleum Exporting Countries, fell in April for a eighth consecutive month, but held above its target as some members pumped above agreed levels, the survey showed. But UAE output was in line with its target.

The level of the Abu Dhabi"s cuts, which are the deepest since ADNOC started cutting supplies last year, should give a boost Abu Dhabi grades on the spot market, which last traded near or above a 20-cent premium to ADNOC on this month, traders said.

ADNOC also said it would continue to keep shipping limits on exports in place for July, depriving buyers of the option to load an additional 5 per cent above contracted volumes on each cargo, a standard industry practice known as operational tolerance.

This news is a total 1948 time has been read