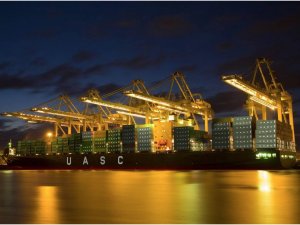 UASC is seeking relief from damages incurred through the bunkering of the off-spec fuel oil, according to the suit filed in the US District Court for the Southern District of Florida on 27 June, 2018.

The Middle East shipping giant claims that on or about 21 September 2016, it entered into contract with WFS for delivery of 3,500-4,200 tons of high-sulphur 380cst bunker fuel for containership UASC JILFAR in the port of Kavkaz, Russia, according to Argus Media.

The fuel provided by WFS on or about 28 September, failed to meet ISO quality specifications and had to be debunkered at UASC’s own expense to prevent damage to the vessel's systems, the shipping line claims.

UASC also notes that it sold the alleged off-spec bunkers to a third party buyer in Singapore "in order to mitigate its damages".

Additionally, the shipper claims the quantity of fuel received in Kavkaz was less than the contracted amount agreed with WFS.

The line is seeking unspecified damages but the minimum amount required for standing in the court is US $200,000.

This news is a total 426 time has been read
Tags: UASC Sues World Fuel Services