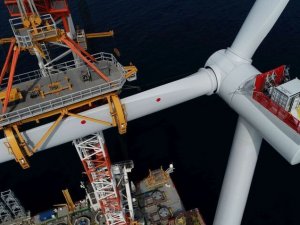 A total of 12 new renewable energy projects have won contracts for difference in the UK’s latest auction, including projects at a record low of £39.65/MWh (US$49.52)

The new projects will provide around 6 GW of capacity – 2.4 GW more than the last round – and for the first time renewables are expected to come online below market prices and without additional subsidy on bills. The deals also mean that offshore wind is less expensive than any form of fossil fuel-based energy.

This means the cost of offshore wind is now around 30% lower than the second auction held as recently as 2017. The offshore wind projects that have secured CfDs will be built between 2023 and 2025 and are expected to generate 28 terawatt hours of power each year, saving over 12.5M tonnes of CO2 compared to using fossil fuels.

The Dogger Bank projects are led by Equinor and SSE. Together they will be the world’s largest offshore wind development with a total installed capacity of 3.6 GW.

Equinor said the auction results "reflect continued cost reductions and technological developments" and "increasing competitiveness of bottom-fixed offshore wind." It also noted that the contracts offer a fixed price for the first 15 years of operation, providing the projects with a long-term predictable revenue stream.

Equinor chief executive Eldar Sætre said, "The successful bids are a game-changer for our offshore wind business and support the development of Equinor as a broad energy company. A full-scale development of Dogger Bank will constitute an industrial wind hub in the heart of the North Sea, playing a major role in the UK’s ambitions for offshore wind and supporting the net zero ambition. Excellent wind speeds, shallow waters and scale make Dogger Bank well placed to deliver low cost renewable electricity."

Responding to the awards, UK Prime Minister Boris Johnson said, “The UK is leading the way in the fight against climate change, and it’s great news that millions more homes will be powered by clean energy at record low prices. Seizing the opportunities of clean energy not only helps to protect our planet, but will also back businesses and boost jobs across the UK.”

Trade association RenewableUK estimated that the 5.5 GW of offshore wind project in the 6 GW of awards will support more than 7,000 jobs across six projects and throughout the UK supply chain, and bring up to £12.8Bn (US$16.0Bn) of investment to the UK, particularly boosting the economies of coastal communities where these projects will be built and operated. It highlighted that the auction secured new offshore wind capacity at a price reduction of 66% compared to the price of the first CfD auction in 2015.

"As these results show, offshore wind is the key technology for this country in tackling the climate emergency. Offshore wind will be the backbone of the UK’s clean, modern energy system and will supply at least a third of our power by 2030.

“These new offshore wind projects will support thousands of new jobs and bring billions of pounds of new investment across the UK, particularly benefiting the coastal communities which are industrial hubs for the offshore wind sector in places like Grimsby, Hull, Teesside, Lowestoft, Great Yarmouth, the Isle of Wight and Aberdeen. The projects will provide cheap power to consumers and businesses for decades to come.

"Today marks a new era of cheap power, as the cost of offshore wind is now lower than the expected market price for power. Reaching that ‘zero-subsidy’ level is made possible by the certainty these long-term contracts provide.

"We have to use every tool in the box to hit net zero emissions and so we are also urging the government to support onshore wind, as well as innovative renewable technologies like floating offshore wind."