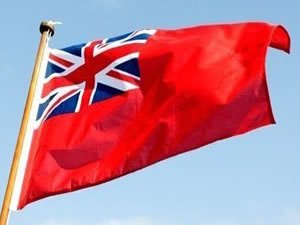 The UK Shipping Register could be in for a big overhaul next year with the Financial Times reporting Britain wants to rejig the flag after Brexit negotiations with the European Union are concluded.

The FT, citing people who have seen the government proposals, suggests Britain’s tonnage tax system will be changed next month, as soon as the country is no longer subject to the EU’s state aid regime on subsidies.

The proposal seen by the FT repeatedly references Singapore as a benchmark for the UK’s post-Brexit aspirations.

Among the plans being discussed is enabling floating production storage and offloading vessels (FPSOs) and drilling rigs to be included in the UK tonnage tax regime, something that EU rules do not allow.

The uncertainty brought about by the Brexit vote has seen the number of ships flying the UK flag fall by a third over the past four years.

Pre-Brexit, the UK was among the world’s top 10 flags. Latest data from Clarksons Research places the Red Ensign in 21st place.

A UK Chamber of Shipping spokesperson told Splash this morning: “As we leave the EU we have the opportunity to develop our national shipping regime as we will no longer be bound by EU rules.

Shipping and the wider maritime industry employs over 200,000 people and contributes over £46bn a year to the UK economy.

We are working with the sector, and the government, exploring options to enhance the UK as an international hub for shipowning and shipping business.”