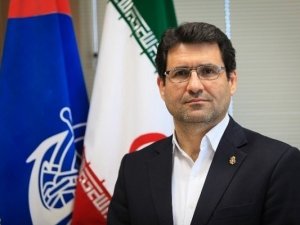 Deputy Minister of Roads and CEO of Ports and Maritime Organization (PMO) Mohammad Rastad made the remarks on the sidelines of signing a contract for construction of mechanized terminal for minerals at the venue of Shahid Rajaee Port on Tue.

This news is a total 1613 time has been read
Tags: Stena Impero, Bandar Abbas, Mohammad Rastad, Minister of Roads and Urban Development