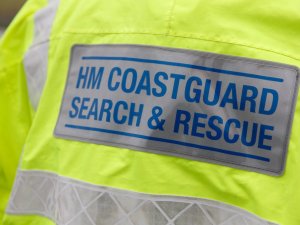 UK’s authorities have decided to move the burnt bulk carrier V Due to the Port of Liverpool, the country’s Maritime and Coastguard Agency (MCA) informed.

The 2015-built bulker, which has a smoldering cargo in one of its holds, suffered a fire while it was at anchor off the east coast of the Isle of Anglesey on December 1, 2016.

A Salvage Control Unit has been established and the Secretary of State’s Representative Maritime and Salvage Hugh Shaw continues to be in discussion with the port, the ship owners, Italy-based Visentini Giovanni Transporti and relevant authorities, the MCA said.

“There has been no pollution and no concerns about the structural integrity as the vessel remains stable,” according to the MCA.

The 37,900 dwt vessel arrived in Liverpool in the early morning hours of December 9 under its own steam and is currently moored at the port, according to AIS data provided by Marine Traffic.

This news is a total 620 time has been read
Tags: UK Transfers Burnt Ship to Port of Liverpool