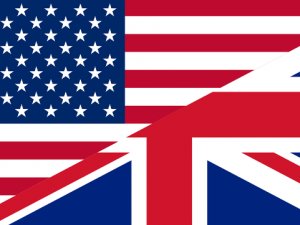 Currently, the UK is negotiating trade agreements with the US, the EU, Australia, New Zealand, and Japan. Australia and New Zealand also started trade negotiations with the EU in 2018.

The UK is facing the challenge of replacing the free trade agreements (FTAs) that the EU has with more than 50 countries, if it wants to maintain the same level of competitiveness in the global markets. Usually, the agreements could take between four and ten years to finalize. However, the UK has set ambitious targets of completing the negotiations with several of the top trade partners this year.

The US and the UK held the second round of trade negotiations on Monday, June 15.  The US is looking to increase exports of agricultural products to the UK, among the most debated in the negotiations being meat and meat products. At the same time, Australia is also looking to secure a larger share of the UK agricultural market. The negotiations are scheduled to begin on June 29.

The UK produces only 60% of the food it consumes, therefore the increased pressure to set new rules for trade of agricultural products. The UK total agricultural imports in 2019 reached $65.7 billion. The imports for live animals, meat and edible meat offal, and preparations of meat and fish reached $10.7 billion in 2019, a significant market for suppliers, and a central point for the current UK – US trade negotiations and for the upcoming UK – Australia trade talks.

The negotiations in progress with the US raise significant concern among the UK farmers, who will not be able to compete with the low-cost US products without government support. The US cost advantage is due to different rearing methods and growth-enhancing feed additives, that are not allowed under EU regulations for food safety and animal welfare. The UK must follow these regulations until the transition period ends in January 2021.

The UK ranks 14th among the US export markets for agricultural products in 2019 and it represents only 1.3% of US total agricultural exports, at $1.8 billion.

The US top six exports in agricultural products to UK are beverages, fruit, edible preparations, oil seeds, prepared animal feed, and vegetables. The exports range in value from $100 million to $450 million and decreased in 2019 in the range of 3% to 27%, over 2018.

For the current negotiations, a central role plays the trade in animals, meat and edible meat offal, and preparations of meat and fish. Products include the controversial chicken, beef, and pork, amongst others.

For the three products – live animals, meat and edible meat offal, and preparations of meat and fish - the US fulfills 4.85%, 1.19%, and 0.07% respectively, of the UK demand. The US has an opportunity to capture a larger market share through the current trade negotiations. In 2019, the US exports to UK in these 3 categories represent 7.25% of US exports to the world.

The US is facing pressure to find new markets to compensate for the significant decrease in demand for these products from some of its top trade partners.

The US total exports of live animals decreased in 2019 by 7% compared to the previous year. While the top export market, Canada, increased its demand, Mexico and the UK decreased their imports by 7% and 71%, respectively. The imports to Mexico decreased by $8 million and to the UK by $124 million.

As expected, due to COVID-19, US exports of live animals to the UK decreased in March and April. However, the US exports to UK decreased in January and February, showing that the downward trend of 2019 continues, even while not affected by COVID-19.

For preparations of meat and fish, the UK is the seventh-largest export market for the US and the demand for US products increased in 2019 by 12 percent, from $40 million to $45 million. However, the US exports to its top three markets - Canada, Mexico, and Japan - are decreasing significantly. In 2019, the decrease in exports to the three partners represented $29 million. The increase in exports to the UK covers only 17% of the loss in the top three markets.

In 2019, the US lost EU market share for the meat exports, another reason for the US to look for additional markets. Belgium reduced its US imports of meat by 71%, Italy by 34%, and Germany by 25%.

Trends and shifts in maritime transport

The US is placing pressure on the UK to accept its agricultural products to compensate for the decrease in demand from its main partners for live animals, meat, and preparations of meat. The US lost significant shares of Mexico and UK markets for live animals in 2019 and the first quarter of 2020 shows the trend continues, even before the COVID-19. For meat, the top importers – Japan, South Korea, and Canada – decreased their demand in 2019 and in the first quarter of 2020. Germany, France, Netherlands, France, Portugal, Belgium, and Italy reduced their demand significantly in 2019. The US also lost a large share of the Australian market and the Chinese market.

The UK main suppliers of live animals are Ireland, France, Netherlands, and Germany. The US was a main supplier for live animals, but imports from the US decreased in 2019 in favour of a sharp increase in imports from Germany. The UK trade shows an increased reliance on EU suppliers for meat and preparations of meat, the largest being Ireland, Netherlands, Poland, Denmark, and Germany in 2019 and during the first quarter of 2020, including the months before COVID-19.

The UK market size for these products represents a significant opportunity for the US. Before removing the tariffs on these US imports, the UK has to take into consideration the challenges faced by the local agricultural sector, not only in terms of competing with the low-cost US products, but also the challenges due to shifts in policies and funding as an effect of Brexit.

This news is a total 1044 time has been read
Tags: UK - US Agriculture Trade War?