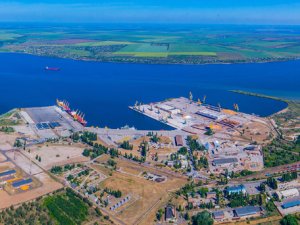 Ukraine has started accepting tender applications for a concession of the Stevedoring Company Olvia (SC Olvia), a state-owned company operating Olvia Port, a multipurpose seaport terminal in the Mykolaiv region.

According to the Ukrainian Sea Ports Authority (USPA), the tender process which also includes selected assets of USPA was launched on October 18.

The applications will be accepted until December 16, 2019.

With the long-term concession of Olvia Port, the Ministry of Infrastructure of Ukraine (MIU) and USPA aim to increase the port’s competitiveness, ensure financial sustainability and safeguard its environmental and social impact.

Under the project, the concessionaire will be responsible for some or all of the financing, designing, constructing, upgrading and operating of the port’s terminals and facilities.

“The concession of the state stevedoring company in the port of Olvia is a more large-scale project than the one in the port of Kherson, which provides for not only the modernization of the available assets but also the construction of a new grain terminal,” Raivis Veckagans, Head of USPA, said.

“The investments to be raised within the framework of the project amount to more than USD 57 million and will support the expansion of the port facilities. This is fully in line with the Government’s agenda for the next five years towards increasing the cargo handling volumes by maritime transport,” he added.

Veckagans noted that the tender conditions envisage consideration of each application by the tender board during 14 days with the decision on whether a bidder has passed the preliminary qualification to follow. After accepting application stops, the bidders will have an opportunity to amend their tender bids.

“With the assistance of experts from the EBRD, IFC, Ministry of Infrastructure of Ukraine and USPA, the team of international consultants has done its best for the potential tender bidders to have access to as much information as possible via the digital room, particularly on the feasibility study for the project, the tender conditions, and requirements to the applications. Therefore, we do hope for the tender to be highly competitive,” he further said.

As informed, the tender results are expected to be announced in the second half of February 2020. Following the selection of the winning bidder, the MIU will proceed with negotiations and agreement signing.

Olvia Port is located in the estuary of Southern Buh River, granting access to the Black sea and Ukrainian hinterland. It is situated close to the country’s key agricultural and metallurgy regions.